Rap Songs of the Week: Jay Z and Jay Electronica Jack Soulja Boy’s ‘We Made It’ to Zing Drake 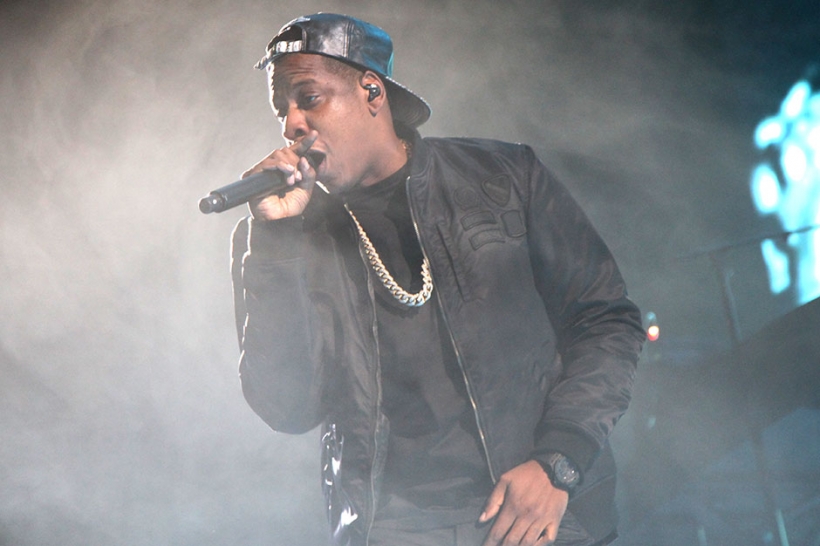 Black Knights, “Deja Vu”
Black Knights are a Wu-Tang-affiliated duo (though who isn’t some sort of Wu-Tang affiliate, really) consisting of MCs Rugged Monk and Crisis, whose album Medieval Chamber was produced by former Red Hot Chili Peppers guitarist John Frusciante. That’s not as weird as it might seem if you recall that Frusciante played guitar on the Wu’s Beatles-interpolating “The Heart Gently Weeps,” or if you’ve heard some of his weedy drum machine-assisted instrumentals like say, “Murderers,” off of 2001’s To Record Water For Ten Days (which sounded like the RZA remixing Iggy Pop and James Williamson’s Kill City). This is New York revivalism gone wrong in a good way: more hippy-dippy like the Underachievers (trippy beat; a reference to um, Crash Bandicoot) than toothlessly mean-mugging like Joey Bada$$, you know? Don’t sleep on Frusiciante’s broken croon on the hook, either.

Jay Electronica feat. Jay Z, “We Made It Remix”
“We Made It” began as a Soulja Boy track produced by the Spaceghostpurrp-affiliated Purp Dogg (who also put together Miami Vice on a budget for rapper Cashy’s Platinum Plus). But then Drake jumped on it, which gave the song something like an Internet mini-moment. And now, Jay Z and Jay Electronica have hopped on this blaxploitation score-sounding banger. Jay Z zings Drake — while celebrating black excellence by way of 12 Years A Slave’s Oscar wins — and Electronica, to provide a plainspoken Mother Plane history lesson. All of this must be maddening for Soulja Boy — whose voice still howls on the track — and frustrating for anybody who cares about rap music that lets any outsider air in because, well, it’s kind of effed up when a song this victorious, from a notable rap hit-maker from the mid-2000s, still needs rap hit-makers of right now to get people to pay attention.

Kevin Gates, “Posed To Be In Love”
Recall that Kevin Gates’ The Luca Brasi Story had a song called “Marshall Mathers” on it, which should give you a sense of where the Baton Rouge bruiser’s coming from on this song, in which he details visceral, in-the-moment, abusive rage after he finds out he’s being cheated on. Unlike Eminem, though, Gates affords the song no out in terms of “dark humor” that you’re supposed to locate in this decidedly not fucking funny topic, and there isn’t even the incredibly icky sense that Eminem’s getting off by shocking y’all here, either. This is brutal like a Jim Thompson novel or an Iceberg Slim freaky tale and that seems to be the point. Something you’ll sit with long after it’s over. The too-real version of Eminem’s smash hit about spousal abuse, “Love The Way You Lie.”

King Los, “OG Bobby Johnson (Freestyle)”
Recently dropped by Bad Boy Records for the second time, which is ultimately a good thing because this pop-savvy, all-spitting rapper is better off completely untethered, as he is here, on the umpteenth remix of Que’s street hit “OG Bobby Johnson,” and perhaps the first one that seems to add anything to the original, if only because Los sees the trap beat as something to fire as many syllables as possible into rather than sit back and vibe on like every other turnt-up dullard. Pretty much three straight minutes of rapping, with no pauses for air, and an inordinate amount of food references? I don’t know, man. It’s the sound of a rapper freed from having to consider major label nonsense.

Sage the Gemini, “Don’t You”
So, last week, while effusively praising YG’s My Krazy Life, I compared its well-wrought narrative to Kendrick Lamar’s good kid, m.A.A.d city and its shrewdly spare sonics to Kanye West’s Yeezus, while contrasting its modesty with those Grammy-grabby albums that are maybe a little too obnoxious about announcing their ambitions: “If Kendrick and Kanye, bigger than hip-hop, are making the rap equivalent of Oscar Bait,” I blabbed, “Then YG and Mustard’s ratchet music masterpiece is a sneakily ambitious genre flick.” Continuing this ratchet-music-as-genre-film thing, that makes Sage the Gemini’s Remember Me a really well-executed, meat-and-potatoes romp. Remember Me is pedantically consistent, but “Don’t You” is a highlight amidst nothing but highlights because it sounds like a song put together using only Pharrell’s Rhodes and a couple of Chad Hugo percussive claps. This beat (and Sage’s cocky, exasperated-by-the-very-act-of-rapping delivery) only does what it needs to do and sometimes, devastatingly deliberate comfort food is more than enough.