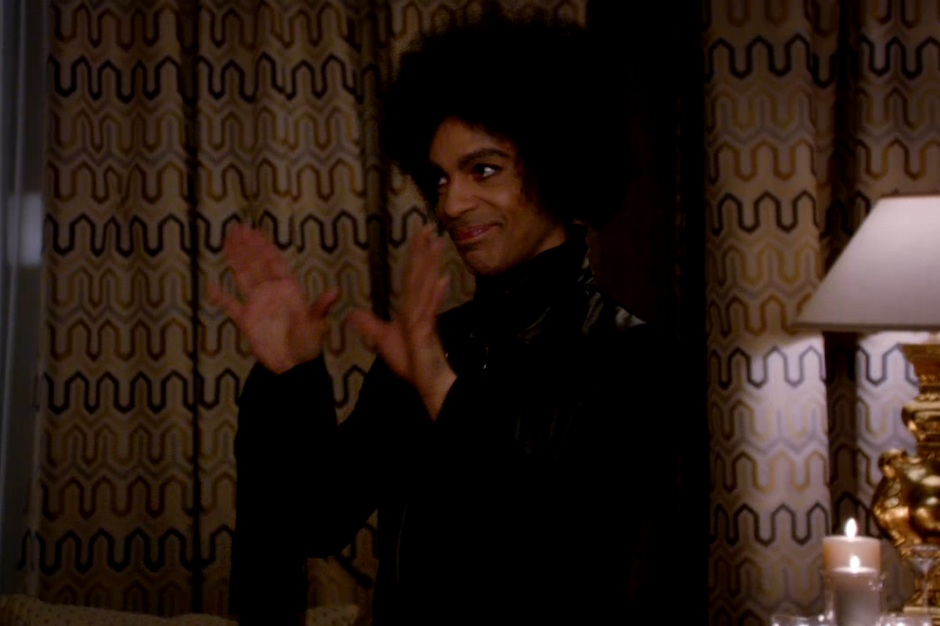 Prince, almost as much as U2, has been taking on a public profile lately that could point to a major new release. After warming up with intimate London shows, his Royal Purpleness has been debuting new music in an Arsenio Hall Show takeover and taking the crowd to its limit with a four-hour Hollywood concert. He also, let’s not forget, made a move on Super Bowl Sunday, guest-starring on Zooey Deschanel’s New Girl right after the big game — and previewing a new song.

That new song, “FALLINLOVE2NITE,” is streaming below in finished form, again featuring Deschanel, and it’s a sleek and brassy dance-pop trifle that it’s not hard to imagine becoming a stealthy hit, especially if the duet catches on among the karaoke crowd. Though Prince’s releases over the past year or so, such as the delicious “Breakfast Can Wait,” have been independent, it’s looking more likely that he’ll have some of that major-label money to help get this one out there: According to Dr. Funkenberry, the label behind this one was Epic Records.

If you missed it, check out our review of Numero Group’s pre-Prince Minneapolis compilation Purple Snow.