'G I R L' singer/producer tips his massive hat to the Secretary of State, massively 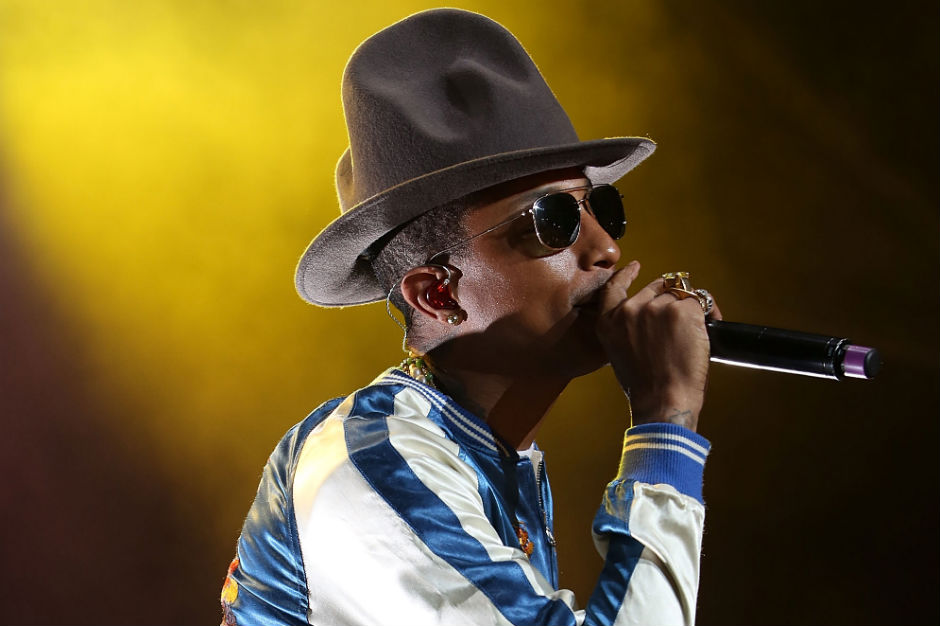 While she technically hasn’t announced her candidacy for President, Hillary Clinton is definitely running and definitely going to win — according to recent UN appointee Pharrell Williams at least. In a new GQ interview, everyone’s favorite producer/singer/hat-repreneur opened up about his admiration for the former Secretary of State and laid out why she’s not only winning, but kicking off a woman-led worldwide revolution.

“Hillary’s gonna win. Trust me,” he said. “Everywhere you go in this country, you have red and blue. You got the Democrats; you got the Republicans. You got the Bloods; you got the Crips. Everything is red and blue in this country. You know what else is red and blue? Blood. Blood is blue in your body until air hits it, and then it turns red. That means there’s unity. There’s gonna be unity. So when you think about a night where there’s late-night talk-show hosts and it’s mostly women, that’s a different world. Right? A world where seventy-five percent of the prime ministers and the presidents were women: That’s a different world. That’s gonna happen, and it’s gonna happen when Hillary wins.”

He goes on to say that one issue will stand above the rest, that will end up pushing Clinton into office: “No matter how staunch of a supporter you are of no-abortion, whatever you are: You’re a woman, and there’s no way in the world you’re going to vote for somebody that’s going to try to tell you what to do with your body,” he said.

His points seem valid, though he did follow these statements up with some rather questionable logic in having former president Bill Clinton back roaming the White House halls. “It’s a two-for-one: Bill is the coolest dude in the game, still plays saxophone, and every woman in the world wants him.” Sure.

Pharrell, of course, is coming off an epic last 12 months, where he’s been literally everywhere: “Blurred Lines,” Daft Punk’s “Get Lucky,” the Grammys, and now “Happy,” which received an Oscar nomination for Best Original Song and anchors his new album G I R L. Should Clinton take office, it’s quite clear that Pharrell should lobby for a cabinet position … and get Bill to feature on his next record.