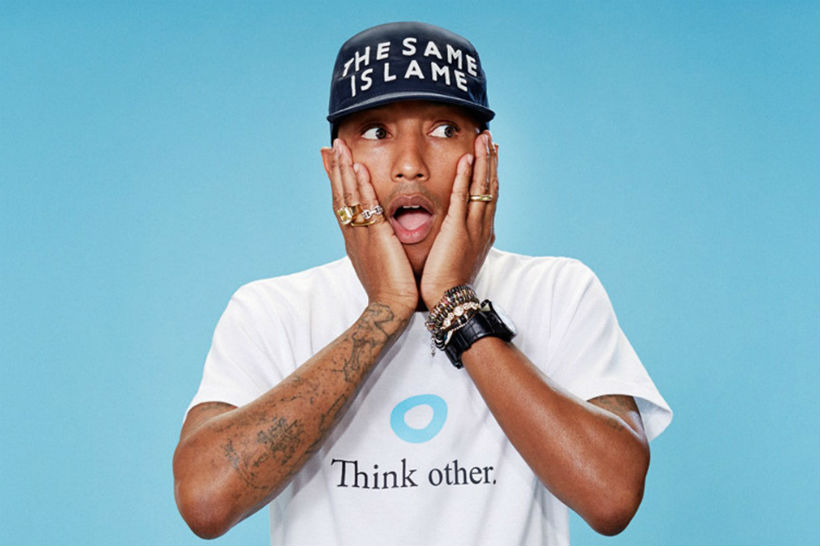 Pharrell was everywhere in 2013, appearing on and/or producing some of the biggest hits of the year. But with his Oscar-nominated “Happy,” his infectious new album G I R L, and that attention-grabbing giant hat (which he so kindly auctioned to Arby’s for charity), you can expect him to be the center of attention this year, not just the guest star. And — because he must wake up every morning and think to himself, “What haven’t I accomplished yet?” — he’s now helping Uniqlo launch a clothing line. According to The Hollywood Reporter, Mr. Williams will be the face of and help design the Japanese company’s “New Model T” collection, offering his input on T-shirts and hats for men and women. (Unfortunately, his big hat won’t be included, as it was designed by Vivienne Westwood.) The spring line will be available on April 14, and he’ll also have an eco-friendly denim line called “RAW for the Oceans” coming this summer. Does this dude ever sleep?

Also worth noting: The new threads’ “I Am Other” theme has been the subject of Pharrell’s ridiculous but highly entertaining legal battle with Will.i.am.