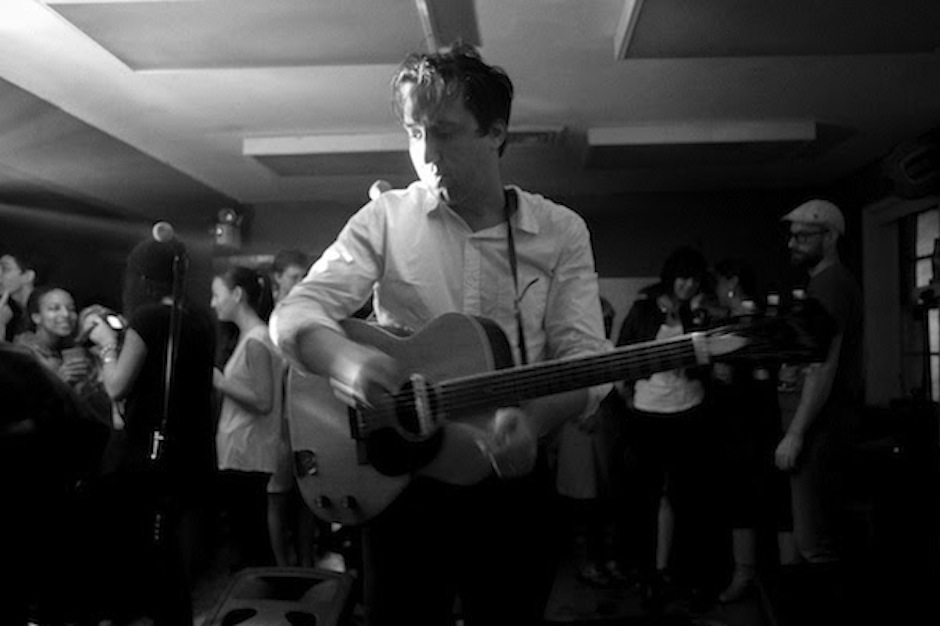 The Walkmen’s “extreme hiatus” keeps leading, paradoxically enough, to more and more new music. The latest Walkman to go solo is founding member Peter Matthew Bauer, whose new album Liberation! comes out in the United States on June 24 via Mexican Summer. First offering “Latin American Ficciones,” which you can stream below (via Pitchfork), has no over trace of the en español tinge of the title: Instead, as a scruffy, reverb-spaced take on heartland American rock, it brings to mind fellow East Coast highway dreamers the War on Drugs. The Walkmen recently reunited for a day, after which member Walter Martin announced a solo debut and then frontman Hamilton Leithauser followed suit. What’s the plural of “Walkmen”?