Dozens of Rare Nirvana Photos Up for Sale 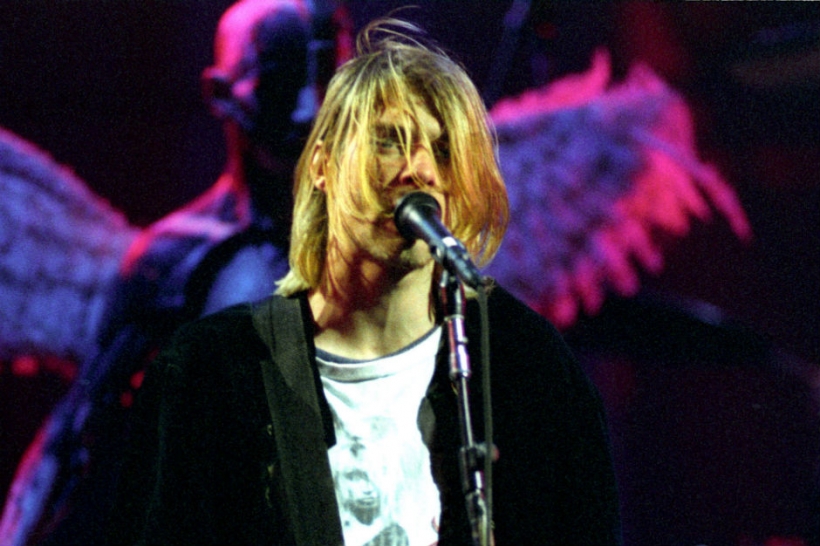 With the 20th anniversary of Kurt Cobain’s April 8 death approaching, and Nirvana’s Rock and Roll Hall of Fame induction to follow, more information about the man and his band seems to arrive daily. Among the highlights: the plan to turn Cobain’s childhood home into a museum, and the revelation that an old hotel ad may have inspired “Come as You Are.” There have been lowlights too, like the photos from Cobain’s suicide scene, or that goofy beer commercial.

Falling firmly on the positive side of the spectrum: a treasure trove of rare Nirvana photos that are available to purchase via Rock Paper Photo. As USA Today reports, there are dozens of prints for sale, some autographed, by photographers including Alice Wheeler, Joe Giron, Michael Leach, Steve Double, Kirk Weddle, Kevin Estrada, Stephen Stickler, and Kevin Mazur. The pictures include press shots, portraits, outtakes from the Nevermind cover shoot, concert stills, and random snaps of the band goofing around. Prices start at $250.

Nirvana’s Rock Hall honor takes place on Sunday, April 10, at Brooklyn’s Barclays Center. Unfortunately, Bleach drummer Chad Channing will not be included in the band’s enshrinement, thanks to the subjective induction rules. Only Cobain, Krist Novoselic, and Dave Grohl are getting in, because they made up the group’s classic lineup.