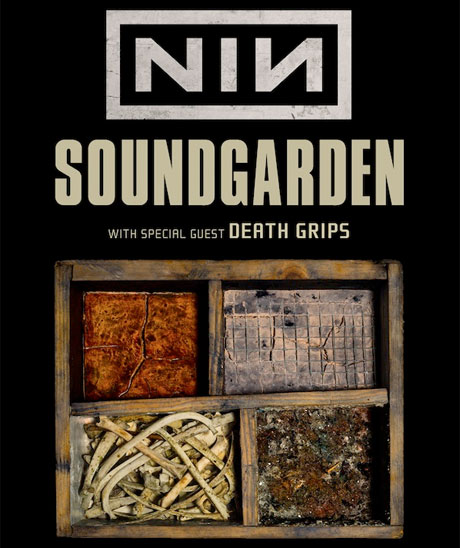 Guess we forced their hands: A day after SPIN posted a video of Soundgarden hilariously dodging the question of whether or not they would tour with Nine Inch Nails this summer, the bands announced a co-headlining tour, with Death Grips supporting on all dates.

Tickets go on sale March 21, the itinerary is below.