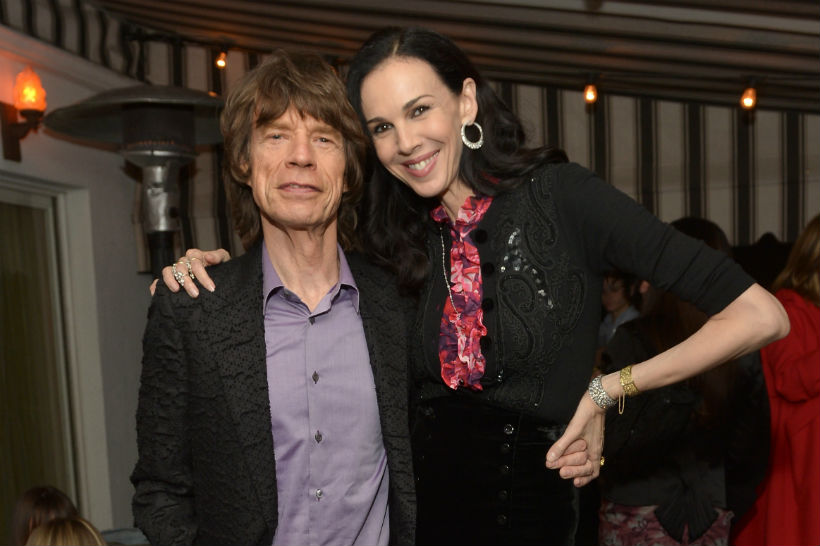 UPDATE: The Rolling Stones have postponed a forthcoming tour in light of the news about L’Wren Scott. Mick Jagger has also posted a statement about his girlfriend’s death on his Facebook page.

L’Wren Scott, the acclaimed fashion designer and girlfriend of Mick Jagger, was found dead in her New York City apartment March 17 in an apparent suicide. According to the New York Daily News, the 47-year-old’s assistant discovered her body hanging by a scarf from a doorknob around 10 a.m. The medical examiner has yet to reveal the official cause of death.

The assitant made the discovery after Scott texted her to come over earlier in the morning. Jagger’s spokesperson said the Rolling Stones frontman is “completely shocked and devastated” by the news. The band was in Australia for its seven-date “14 on Fire” tour, which has been postponed.

Born Luann Bambrough, Scott found work as a model and movie costume designer before launching her own fashion line in 2006. Celebrities such as Michelle Obama, Angelina Jolie, Sandra Bullock, and many more have worn her outfits. She reportedly began dating Jagger in 2001. As of now, no cause behind the suspected suicide has been given, as there was no note found at the scene. The police do not suspect foul play, according to various reports.

The New York Post reported that Jagger and Scott recently split, but a rep for the singer denied that. “This is a complete and utter fabrication and a result of ill-informed gossip at this tragic time for Mick. It is absurd and not true,” Jagger’s spokesperson Bernard Doherty said, according to the AFP.

Jagger also posted the following message about Scott’s passing on his Facebook page: “I am still struggling to understand how my lover and best friend could end her life in this tragic way. We spent many wonderful years together and had made a great life for ourselves. She had great presence and her talent was much admired, not least by me. I have been touched by the tributes that people have paid to her, and also the personal messages of support that I have received. I will never forget her, Mick”

The Rolling Stones, meanwhile, postponed their seven-date 14 on Fire tour of Australia and New Zealand, as announced on their official website:

The Rolling Stones are deeply sorry and disappointed to announce the postponement of the rest of their 14 ON FIRE tour of Australia and New Zealand following the death of L’Wren Scott.

Mick Jagger, Keith Richards, Charlie Watts and Ronnie Wood wish to thank all of their fans for their support at this difficult time and hope that they will fully understand the reason for this announcement.

The Rolling Stones are planning to reschedule these postponed shows at a later date.