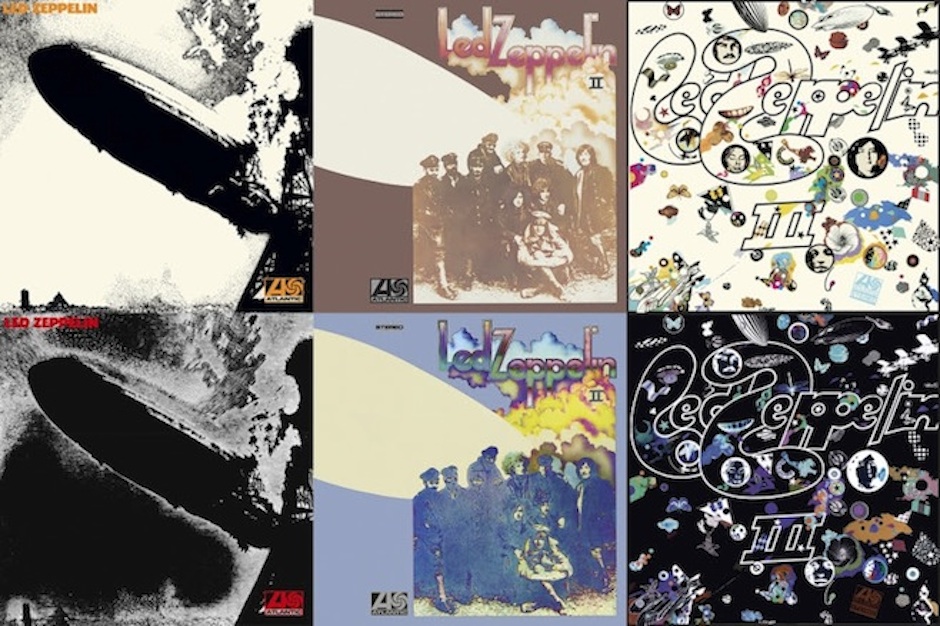 Come Celebration Day, fans will be able to relive Led Zeppelin’s October 10, 1969 concert at the Olympia Theater in Paris. Packaged with the Led Zeppelin reissue, the previously unreleased live recording captures a nine-song set. That includes seven songs from the band’s first LP and another two (“Heartbreaker” and “Moby Dick”) that ended up on their second studio effort.

Led Zeppelin II comes with a bonus disc containing alternate mixes of five songs that appear on the album proper, as well as the previously unreleased “La La” and backing tracks for “Thank You” and “Living Loving Maid (She’s Just a Woman).”

The deluxe edition of Led Zeppelin III collects six studio outtakes from that era, along with three previously unheard tracks: an instrumental version of “Out on the Tiles” called “Bathroom Sound”; an instrumental precursor to “Bron-Yr-Aur Stomp” titled “Jennings Farm Blues”; and the blues medley “Keys to the Highway/Trouble in Mind.”

“The material on the companion discs presents a portal to the time of the recording of Led Zeppelin,” guitarist Jimmy Page, who handled the remasters, said in a statement. “It is a selection of work in progress with rough mixes, backing tracks, alternate versions and new material recorded at the time.” (Before the June 3 box sets drop, Page will be honored with an honorary doctor of music degree from the Berklee School of Music on May 10.)