Own an Authentic Piece of Space Music Without Leaving the Heliosphere 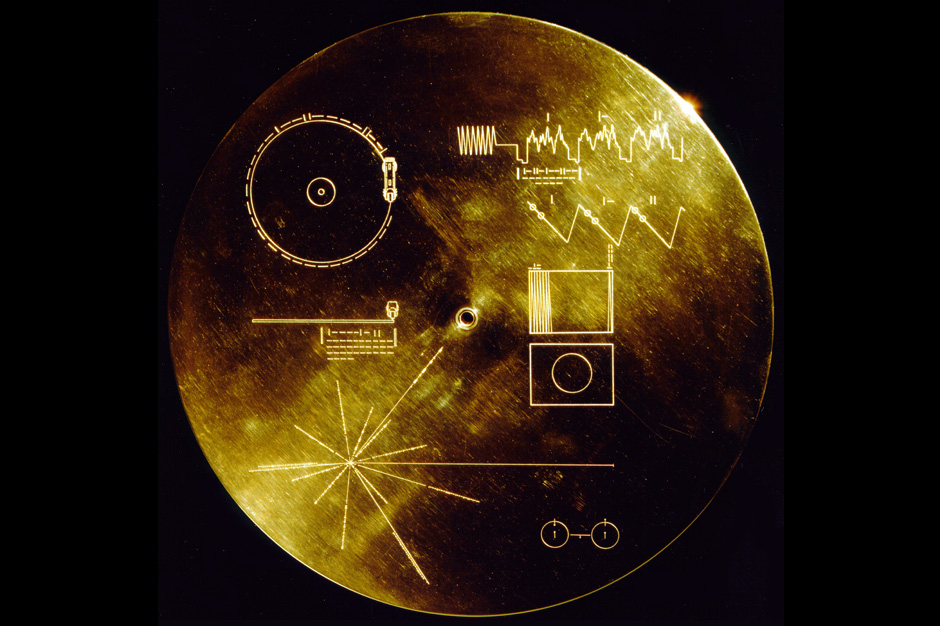 Of all the records listed on Discogs, none is rarer than a first pressing of The Golden Record. To begin with, only two copies of it exist* — and, what’s more, both of those are currently located roughly 15 and 19 billion kilometers away from Earth, and traveling fast. (And you thought paying shipping on Japanese imports was expensive.) Barring some unforeseen quirk in the multiverse, no human will ever lay his or her hands on the thing. But now, you have the chance to own a vinyl copy of Laurie Spiegel’s “Harmonices Mundi,” an avant-garde composition selected for the project by a NASA committee led by Carl Sagan himself.

Designed to function as a sonic greeting card to any extraterrestrials that might happen across one of the two Voyager spacecraft, launched in 1977, The Golden Record includes a selection of natural sounds (wind, thunder, whales); spoken greetings in 55 languages; and music ranging from Bach and Mozart to Senegalese percussion and Javanese gamelan. Spiegel, a pioneering computer musician, adapted Johannes Kepler’s 1619 score for an approximation of the fabled “music of the spheres” by programming astronomical data into her computer and letting the drones rip; her recording opens the “Sounds of Earth” portion of The Golden Record.

“Harmonices Mundi” was given a single-sided pressing on Table of the Elements in 2003, and now Boomkat has turned up a trove of warehouse copies. If you want it, order it now — or start working on a warp drive for your Tesla.

* According to a note on Discogs, there are actually 11 copies in existence, but one resides in an unspecified museum collection, and eight more are held in the Jet Propulsion Laboratory Archives. In any case, none of the earthbound copies have quite the same provenance as the interstellar discs. (And good luck getting your hands on them without some seriously high-level security clearance.)