Kimye cover the new 'Vogue,' a thing which the 'Yeezus' star sums up as "#TRILL"

Have you ever wondered what it would be like if Kanye West and Kim Kardashian were granted a cover story for Vogue Magazine, making all their wildest dreams come true? Yes? Good. Because the high-fashion magazine just unleashed their new April cover, which features ‘Ye and Kim embracing each other in pre-wedding bliss. They went one step further and coupled the image with this behind-the-scenes video that provides valuable insight into how the couple work when approved cameras follow them around. Among many things, you’ll learn that their private jet seems really narrow, they like to walk along highways in very nice clothing, and Baby North is, all sarcasm aside, adorable.

To mark this monumental event, West tweeted “#TRILL” with his appreciation. As for Kardashian, she can’t even. Those naysayers about the Yeezus-maker’s obsession with architecture and fashion will have to now eat their words, because it’s suffice to say, this cover legitimizes his passion in a way us lowly music rags could never do. At the very least, Charlamagne will probably have to shut the eff up.

See the cover below: 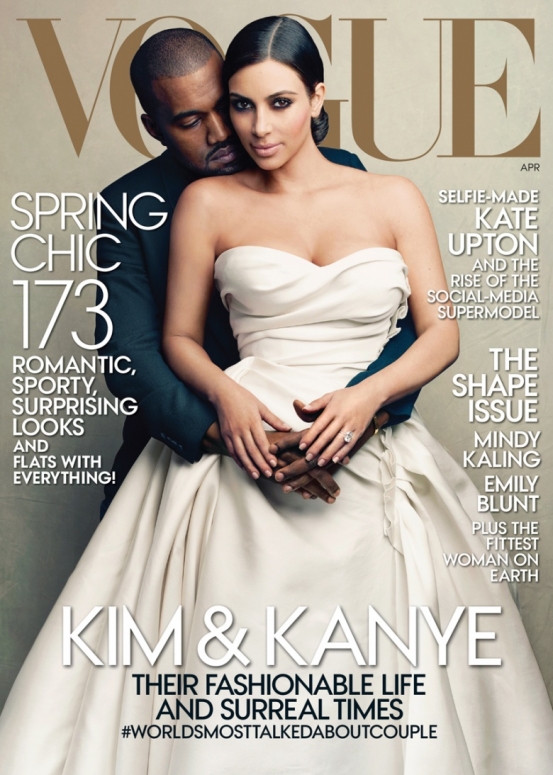