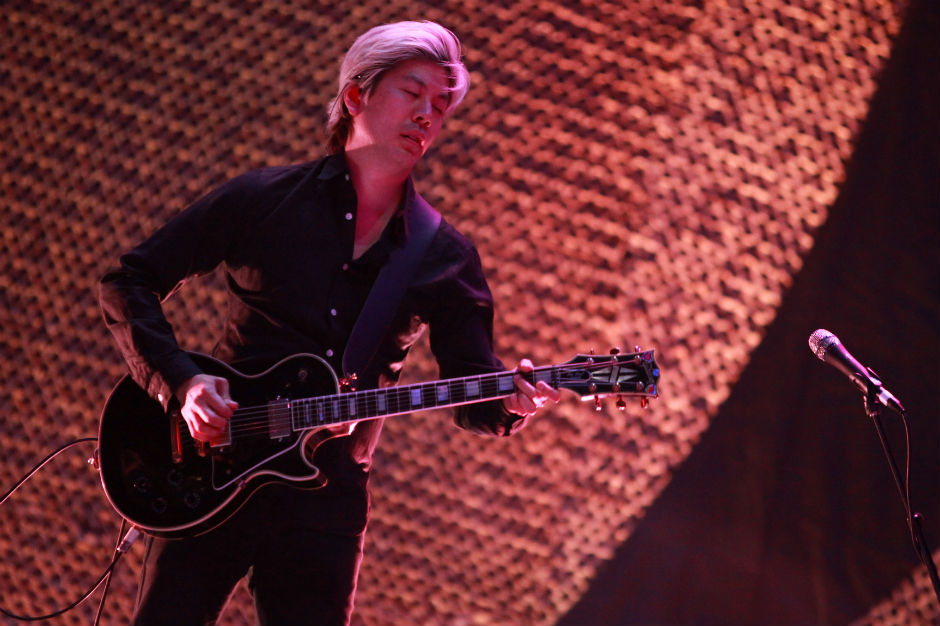 Guitarist James Iha is branching out into Internet television. The ex-Smashing Pumpkins guitarist announced today he’s scored the theme to Deadbeat, a supernatural comedy coming to Hulu. The series is set to premiere on April 9 and stars Tyler Labine, best known for playing Sock on the criminally underrated CW series Reaper. You can hear the bluesy, upbeat guitar piece below.

“The creative process is about scoring chords and emotion to a picture, which is completely different than creating music within a song,” Iha said via statement. “It’s a different side of the musical brain. The picture is created by the director and the writers, so this truly is a collaborative process.”

Iha is no stranger to scoring music; in 2005 he penned the music for the Japanese comedy Linda Linda Linda, as well as a 2003 comedy called Luck.

But he’s mainly keeping busy these days as a guitarist in A Perfect Circle. The band recently released a live DVD/album, which culled music from their 2010 show at Red Rocks in Coloradoan they’re set to headline the Greek Theatre in Los Angeles on May 10 and 11. He’ll also play a solo set at the Fuji Rock Festival in Japan this summer.

Even Billy Corgan Is Having Fun on Smashing Pumpkins’ Reunion Tour