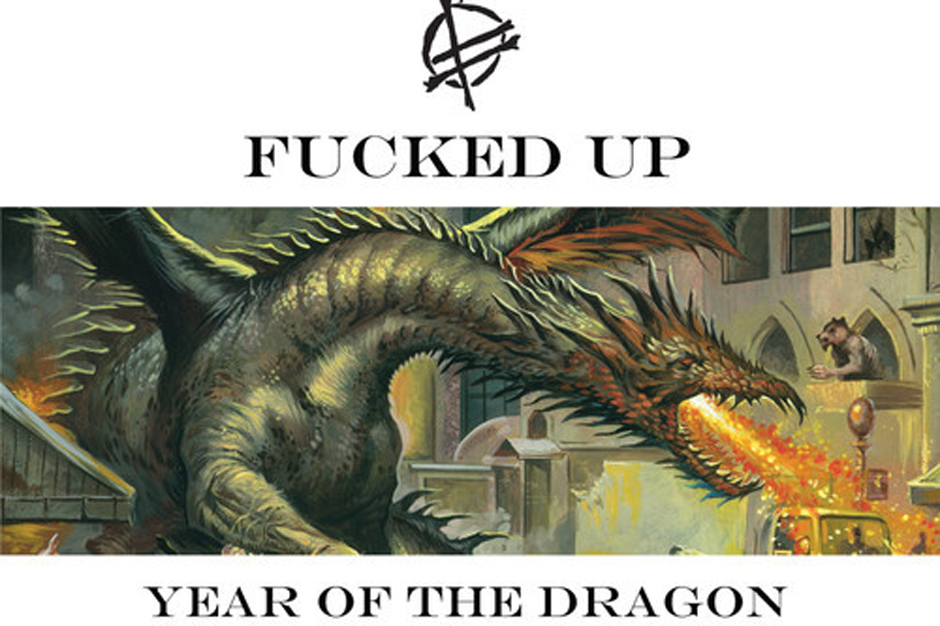 Fucked Up will unleash their fourth album on June 3, but the hardcore zealots have another release planned for the spring. On April 22, the Canadian punks will return with “Year of the Dragon,” the latest installment in their long-running “Zodiac” single series. The fast-approaching 12-inch comes backed by two B-sides (including the band’s already-shared cover of Cardboard Brains’ “I Wanna Be a Yank”) and opens with a monster of a title track that has already been caught on camera during live shows, thanks to fans.

Now, though, Fucked Up have shared the official studio version of “Year of the Dragon,” an 18-minute behemoth that boasts throat-shredding vocals from lead screamer Damian “Pink Eyes” Abraham and a layered instrumental assault that shape-shifts from bloodthirsty chug to introspective, solo-happy arena rock (and more). Hear all that by streaming “Year of the Dragon” below.

As for the highly anticipated follow-up to SPIN’s No. 1 Album of 2011, David Comes to Life: Glass Boys is available for pre-order through Matador Records. For a sneak peek at the record, stream LP cut “Paper the House” and read SPIN’s review of the album’s live debut in Toronto. Pre-orders of the “Year of the Dragon,” meanwhile, are ongoing through Tankcrimes.