De'Andre Tatum, 18, declared dead on Thursday while in hospital care 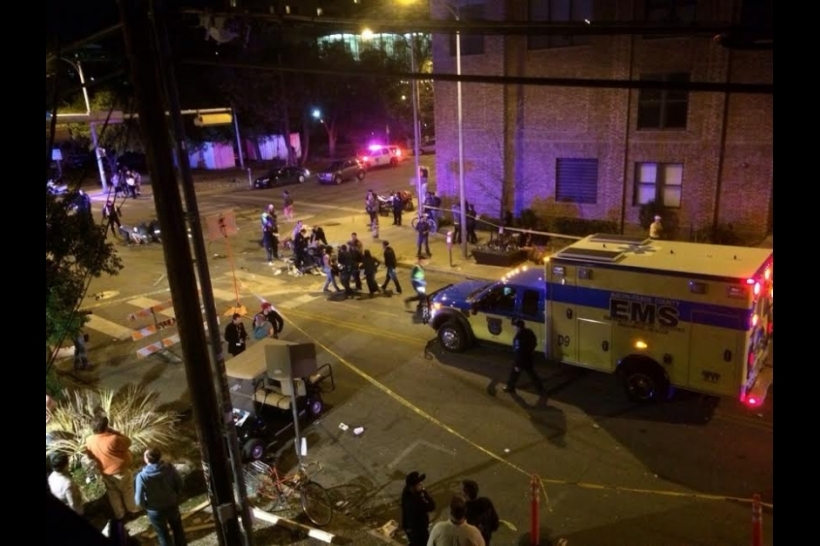 A fourth person has died from injuries suffered in the tragic car crash that occured at South By Southwest in Austin, Texas, earlier this month. According to KVUE.com, 18-year-old De’Andre Tatum of Fort Worth, who had been in a medically induced coma since the March 13 incident, was pronounced dead on Thursday.

Two other people — Austin resident Jamie West, 27, and Steven Craenmehr, 35, of the Netherlands — were declared dead on the scene. A third victim, 26-year-old Austin resident Sandy Le, died on March 17 at University Medical Center Brackenridge, the same hospital that was treating Tatum.

The driver, 21-year-old Rashad Charjuan Owens, has been charged with one count of capital murder after allegedly plowing his vehicle into pedestrians on a downtown Austin street that had been closed-off for SXSW. More than 20 people were injured in the accident, not counting the four casualties.

Owens was actually on his way to perform at a venue — he raps and produces under the names KillingAllBeatz or K.A.B254 — when he tried to evade police at a DWI checkpoint by driving down the crowded pathway. His brother, Lamar Wilson, told the American-Statesmen that Owens had been drinking and was not familiar with the streets of Austin.

According to the Statesmen, Owens is currently in custody at the Travis County Jail with a bail set at $3 million.