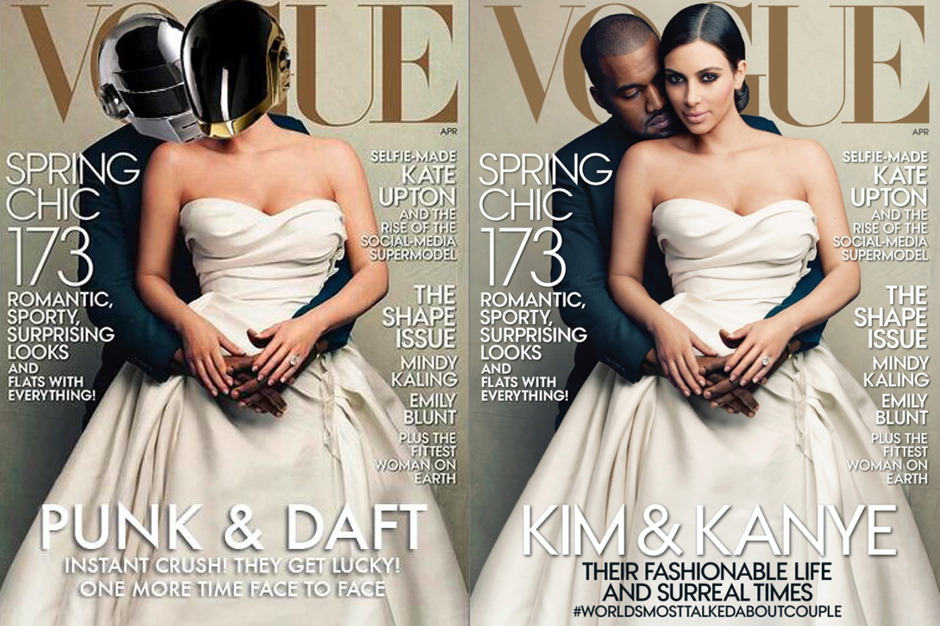 Last week, Vogue unveiled their much ballyhooed (also, hella booed) Kim Kardashian and Kanye West cover. The Yeezus-maker has, of course, been fighting to get editor-in-chief Anna Wintour’s cosign on his bride-to-be (remember that time he dressed up like her?) and now that he’s got it, well, it’s the world’s turn to take the piss out of the honor. To wit: The Guardian asked their Twitter fans to create their own versions on the pre-nuptial photo, and the results are in. While Benedict Cumberbatch and Vladimir Putin were popular choices, the winner for our money is “Daft & Punk” by @Tetakawi. See that and the other music-related highlights below. 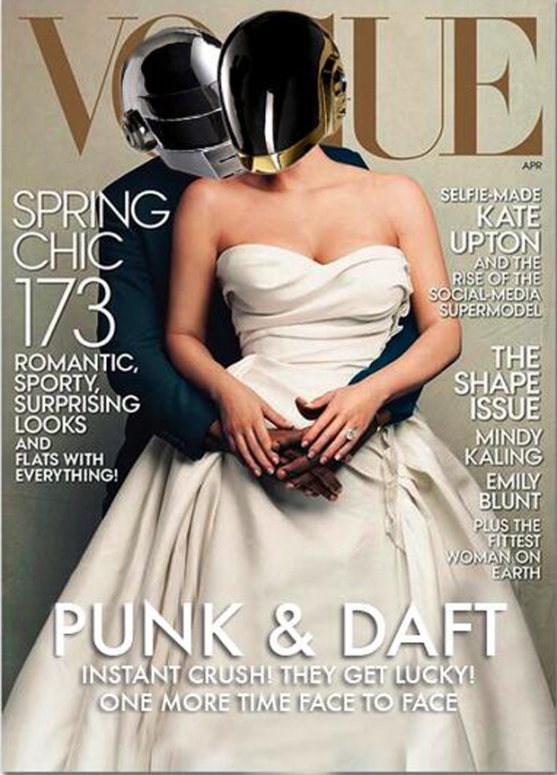 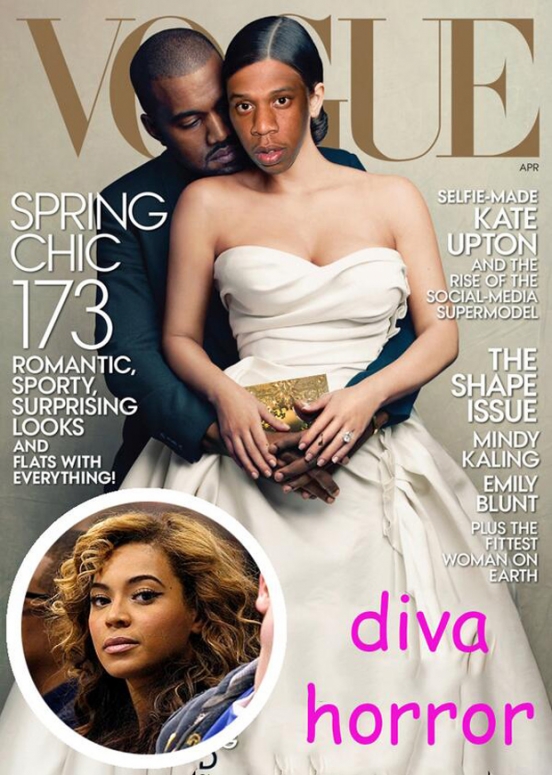 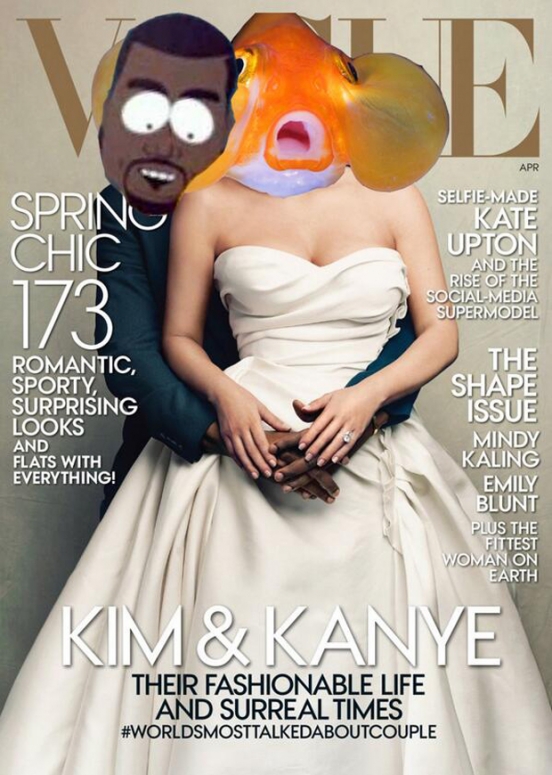