Dylan Baldi says the sessions are ongoing in Los Angeles 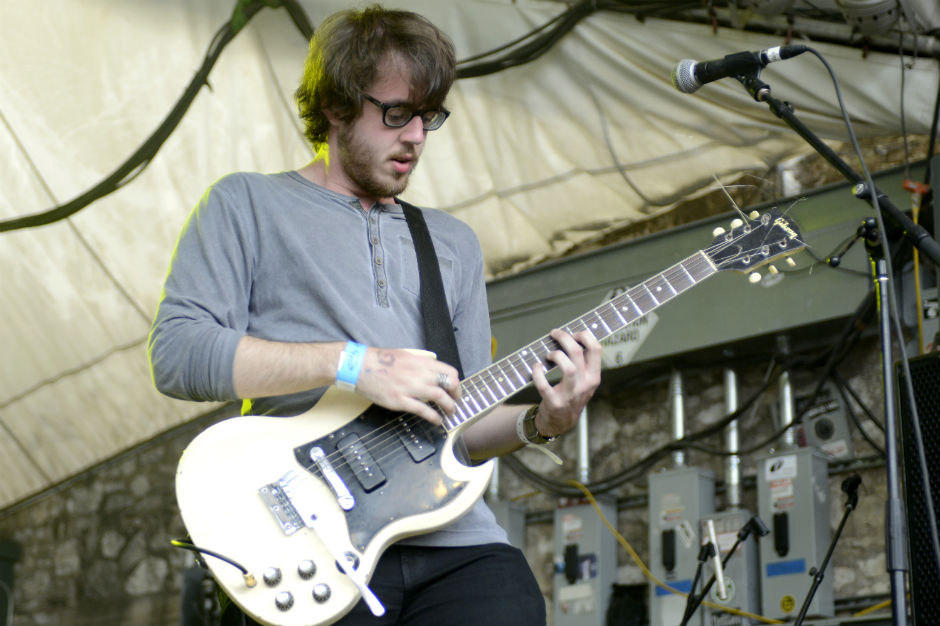 The long-whispered about Cloud Nothings and Wavves album is almost done. In a new interview with Exclaim, Cloud Nothings frontman Dylan Baldi said he’s been in Los Angeles working with Nathan Williams for the past 10 days, that the sessions have been “super easy,” and they’ve banked “eight good ones” so far. He also said the new stuff doesn’t sound like either band: “It’s between, and [there’s] another element that wasn’t present in either of our music before.”

He didn’t elaborate further on that cryptic detail, but did explain the project’s origins: “I woke up one morning hungover in Paris, which is where I usually live, and I just had a text on my phone [from Wavves’ Williams] that was like, ‘Yo, wanna make a record together?'” Baldi recalled. “It sounded fun. The whole time I’ve been here we’ve been recording, all day, every day. We’re almost done. Everything’s shaping up.”

While there’s no time-table for release, there’s also no reason to rush. The news comes as Cloud Nothings are readying their fourth album, Here and Nowhere Else, out next week (you can stream it at NPR now). They recently played a bevy of SXSW shows, including SPIN’s own day party at Stubbs and were one of the 40 best things we saw all week.

Wavves on the other hand are laying low these days. After a rather busy 2013 supporting their fourth album Afraid of Heights, the band has just one show on the books: they’ll play San Diego’s the Hideout on April 3. Cloud Nothings are set to start a massive club tour of the U.S. and Europe, kicking off April 4 at Iron Works in Buffalo, N.Y.