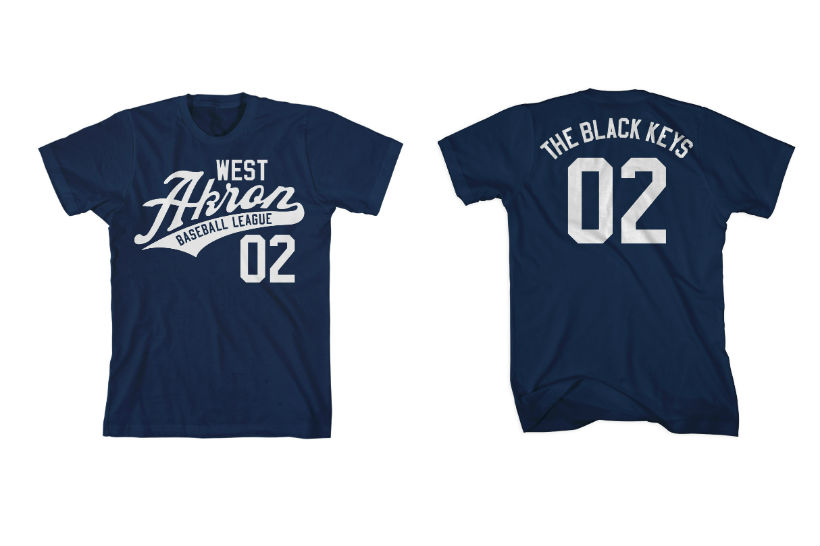 The Black Keys may have ditched their hometown of Akron, Ohio, for the more musical pastures of Nashville, but they haven’t abandoned their Rubber City roots. Last year, the duo of Dan Auerbach and Patrick Carney helped out a West Akron Baseball League team of 6 to 8-year-olds by donating $300 to their team. This year, the bluesmen are really, er, stepping to the plate, selling T-shirts with all proceeds helping to fund the entire league.

“Dan and I played little league when we were kids before we got into music. It was a really positive hobby that kept us from sitting around watching TV,” Carney said via MTV. “We are proud to be sponsoring W.A.B.L. to hopefully offset some of the leagues expenses and get more kids outside having fun.”

The shirts, which were designed by the band’s creative director (and Patrick’s brother) Michael Carney, sell for $24.99. The money will pay for uniforms and equipment, upgrade the fields, and help keep sign-up fees low, while the older gear will be donated to lower-income kids in Akron. Here’s hoping Jack White refreshes his beef with Auerbach and funds a rival league.