"Things move fast," says the producer. "You have to try and live past that because not a lot will." 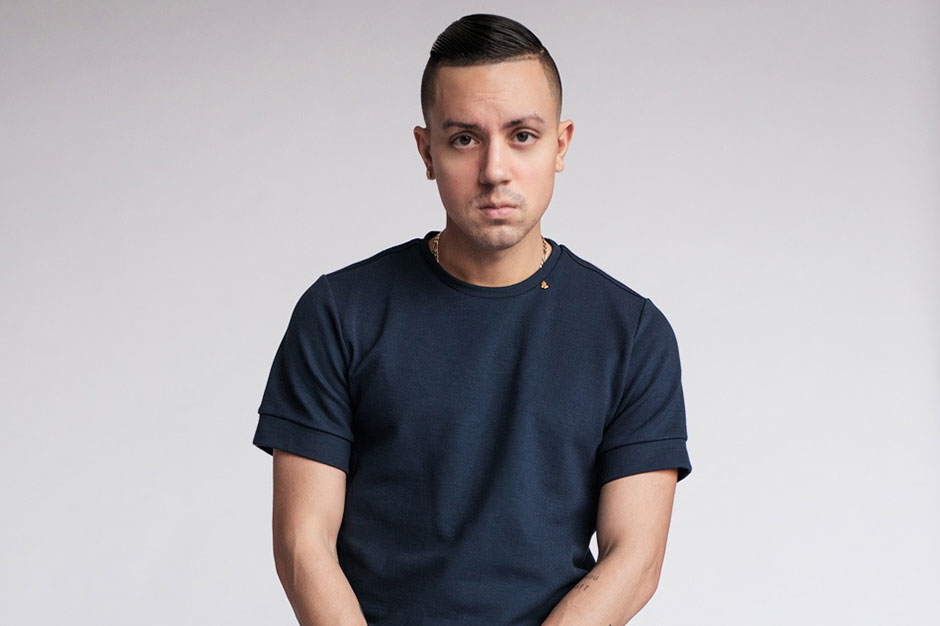 It’s almost as if Bill Salas thrives on the grind itself. Chicago-raised and Brooklyn-based, Salas — who has been producing and DJing as Brenmar since he was 17 — has spent the last four years playing bass-heavy, blissed-out rap and geotagged dance edits in clubs on both sides of the Atlantic. It took him a while to get to where he’s at now: Before he found his footing as a club DJ, Salas spent three years playing and touring with electro-rock band These Are Powers. Before that he was simultaneously DJing rap nights and “banging around on things” while opening up free jazz noise shows in Chicago. Now, Brenmar is finally focused on making his own music, and helping friends do the same. (He’s executive producing Mykki Blanco’s debut album, out later this year.) Though it took him all of 2013 to write, record, and release his very first set of original tracks — that is, the eight-song mixtape High End Times Vol. 1 — Brenmar isn’t concerned with being anywhere but where he’s at.

“To me, nothing is necessarily created out of thin air,” says Salas, calling from his girlfriend’s house in Brooklyn. “It’s a combination of multiple things combined in the right way at the right time. The real challenge as an artist is not becoming a fad.”

High End Times was conceived in response to the way producer culture recently shifted to mainstream favor, with emphasis on the differences between innovative ingénues and trend-chasing newbies. “You can’t help but feel a certain type of way [about a new artist] sometimes when it’s like, ‘Holy shit, you went from your bedroom to Coachella and you weren’t even DJing 12 months ago.’ But you also can’t be like, ‘Well shit, I should be doing more trap or something,'” he says, laughing. “I wanted to further differentiate myself by being able to produce actual songs. Things move fast and you have to try and live past that because not a lot will.”

Growing up hearing house music and jiggy rap on Chicago radio, juke at parties, and golden era hip-hop through his future brother-in-law, Brenmar took heavily to experimenting with his own early production. (He jokes that initial attempts include piles of “D-list Timbaland-inspired beats.”) It took Salas years of practice to whittle down that sound: A body-rolling, booty-popping blend that’s an unpretentious, unironic amalgam of nostalgic radio rap and R&B cuts alongside grimy dance styles like juke, ghetto house, and Bmore and Jersey Club. “When I put out a Brenmar mixtape or track, you should have a pretty good idea of what you’re getting because otherwise I haven’t been doing my job,” explains Salas. “I’ve worked too hard to gain the fans that I have by putting in work to switch up my style.”

Not only is High End Times his first attempt at writing original music as Brenmar, it’s also a way for him to monetize his production. “On some practical shit, you can’t make money off of sampled, remixed stuff. You can’t make money from uncleared samples,” says Salas. He goes on to explain that spending most of his time playing in clubs chasing “16 measure intros and outros and certain build-ups that always work, all the time” made it difficult to produce original music, he says. This wasn’t his first time trying, though – he’s responsible for Mykki Blanco’s “Wavvy” and last year’s pastel, wistful Nina Sky tune “Comatose.” But there was still a lot to unlearn while he worked on High End Times. “The song ‘Medusa’ was one of the first I started and it was the last one I finished. It was originally a minute and thirty-seconds long before any vocals came in and I remember my manager saying it was weird,” he says. “A DJ point of view doesn’t make for the best or most interesting song.”

Right now Salas has more to say as a producer; he just needs other people to help vocalize that. Over a gleaming ream of hi-hats and leaden bass on High End Times’ lead single “Payroll,” he’s assisted by the mouthy, shade-eviscerating vogue house rapper Calore. The entire roster of rappers and singers on the release is unfadeable: There’s Chicago rap princess Sasha Go Hard, uptown tropicalista Maluca, Hood By Air affiliate and R&B weirdo Ian Isiah, and BK’s Junglepussy (who Brenmar refers to as “a 2014 Lil Kim”). The fact that Brenmar is behind the boards, coaxing each collaborator to beast out over raw, liquid bass and laser-cut 808s, is obviously what brings all of these insistent personalities together. But Salas is also too experienced, too invested in the sound he’s honed, and far too good at what he does for his vision not be part of something deeper. “I’m interested in young, fresh voices and talent,” says Salas. “People who have something to say but aren’t typically the ones who get to say it.”