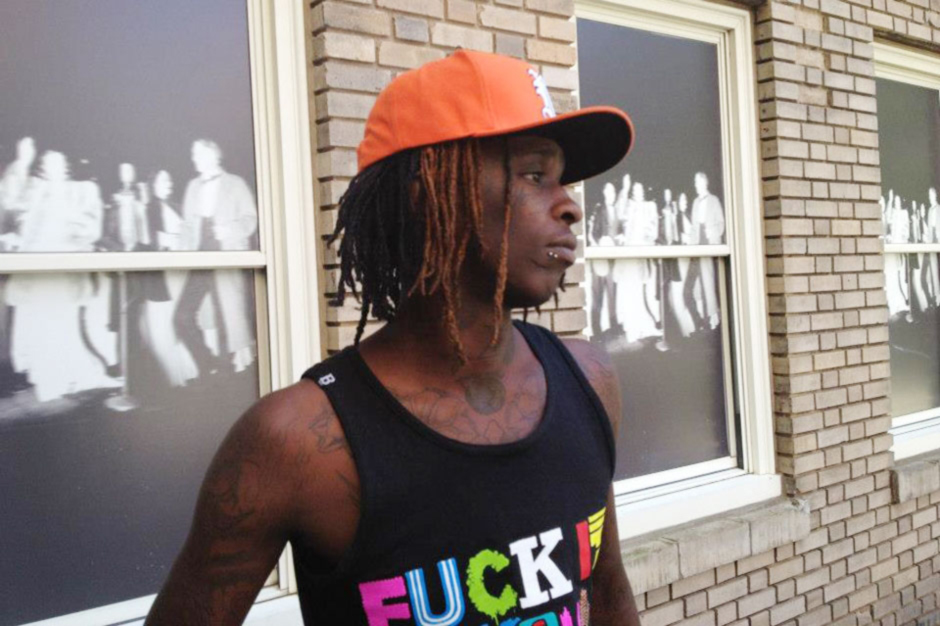 Young Thug, a.k.a. Jeffery L. Williams, has been arrested in his hometown of Atlanta. On Wednesday, he was taken to the Fulton County jail and charged with possession of a controlled substance, reckless conduct, and reckless driving. According to Atlanta Journal-Constitution, he was “driving in a circular or zig-zag course, or ‘laying drags,’” and was held on a $2,450 bond. It seems he’s out today, though:

The Brick Squad-reared rapper-singer made SPIN’s Best New Artist roster last year, and placed in our “The REAL 10 Hottest MCs in the Game” rundown as well. He also happens to have February’s rap album of the month with Black Portland, a collaboration with Bloody Jay. It’s perhaps easiest to imagine Thug as the oddball offspring of Future vacillating between rubbery rap-pop and dead-eyed d-boy talk.

So, does this count as an admission of guilt?