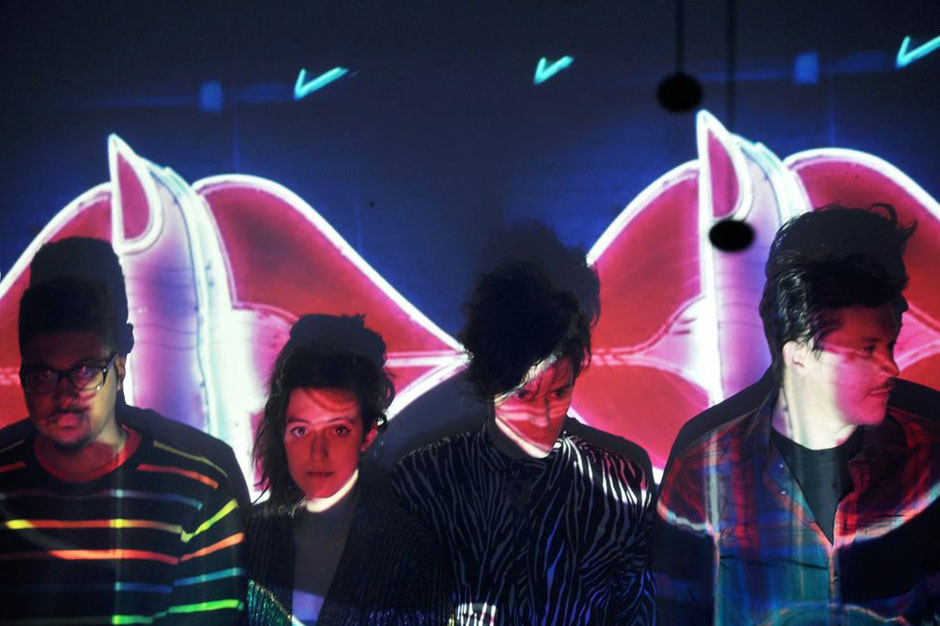 Atlanta’s Del Venicci four-piece began as a collaboration between singer Grace Bellury and guitarist Ross Polliti when they bonded over, among other things, the fact that both their grandmothers were respected Italian opera singers. Fittingly, the specters of the past weigh heavily on their Haunted Hall EP debut, which is due on February 25 via Prima Satisfaction. There are touchstones of shoegaze, goth, and dream-pop in their sound, but Haunted Hall also weighs heavily on moody psychedelics. Pretty melodies and textures stretch out into a thrilling haze, with Bellury’s voice as ghostly as the dusty samples of opera that gather at the edges of “Teenage Swingers.” It’d make a suitable soundtrack for a horror movie set in daylight that’s all the more frightening for letting its demons walk in plain sight. Stream the entire EP in advance of its release below: