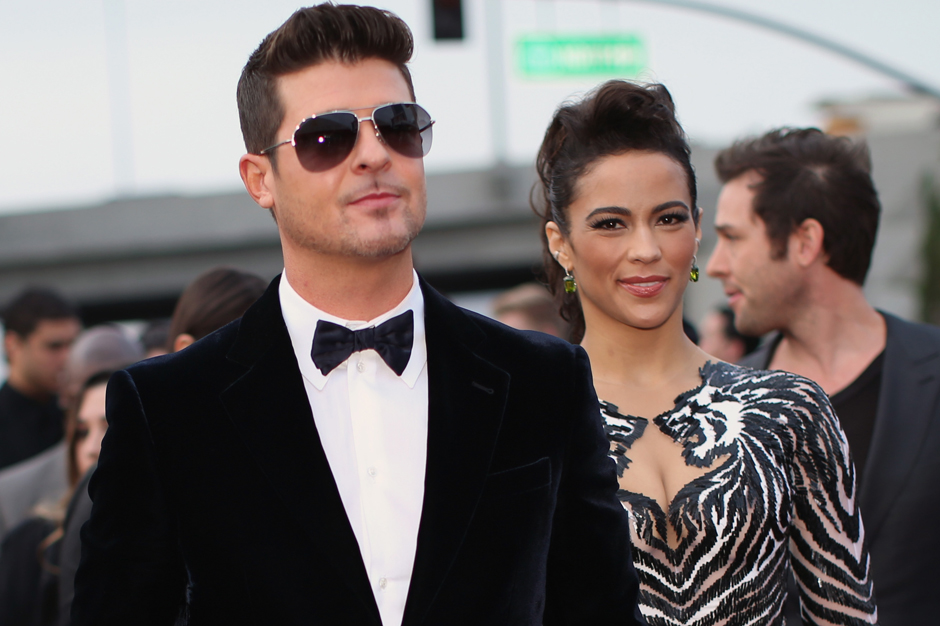 Robin Thicke and his wife are separating. The Blurred Lines star and actress Paula Patton began dating around 1993, were married in 2005, and had a child, Julian Fuego Thicke, in 2010. The couple confirmed the news in a statement to People on Monday, writing, “We will always love each other and be best friends, however, we have mutually decided to separate at this time.”

As the story goes, the pair actually met in 1991 when Thicke was 14. He supposedly asked her to dance at an underage club on the Sunset Strip, and he cornily serenaded her with “Jungle Fever” when she accepted. They began dating two years later. He is 36. She is 38. Last year, Thicke told Billboard that Patton was a major influence on his most recent hit album.

“My wife and I would hang out at the end of the night, and I would play her the songs I was working on and we would dance around and be so happy,” Thicke said. “And then some of my sadder and more depressing songs would come on, and we would always want to go back to the top and keep dancing and having a good time… I never plan it, but I think I did my best to make my wife and I have a chance to escape every night.”

He also told Music FIX that she supported his decision to release the infamous unrated “Blurred Lines” video, and that she in fact called it “shit hot.” Son Julian Fuego made a cameo in the “Give It 2 U” video featuring Kendrick Lamar and 2 Chainz. Thicke put off touring in 2013, but has been on the road this year. A quote from USA Today in July may shed some light on the matter:

“Some of our individual goals still haven’t been realized,” Thicke said. “But we have a healthy child. We’re madly, crazily in love. That’s where I was at, and I wanted to celebrate it. Life is pretty good, you know?”