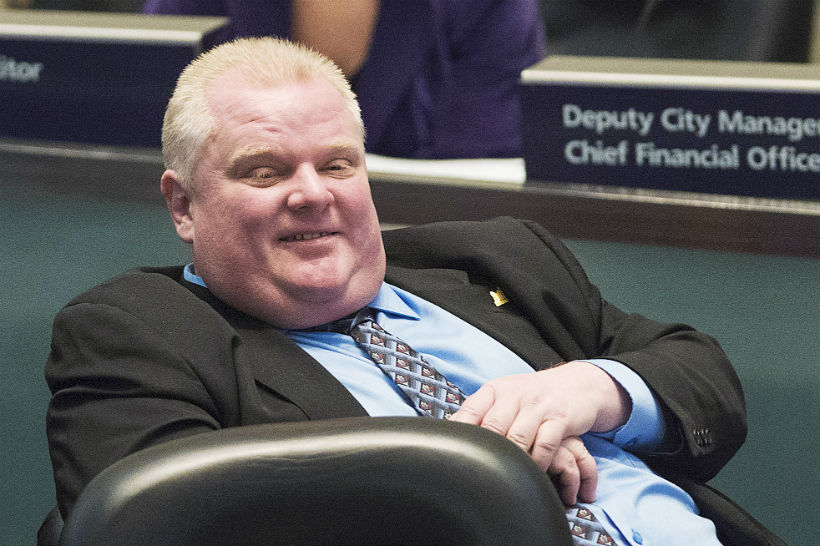 Toronto mayor and occasional narcotics dabbler Rob Ford is a big reggae fan. In December, the roly-poly politician danced to the music at a City Council meeting. Then, just a few weeks ago, he was caught on tape affecting a terrible fake patois. And now, on what would have been reggae pioneer Bob Marley’s 69th birthday, Ford has declared February 6, 2014 “Bob Marley Day” in the Canadian city.

Read his full proclamation below.

WHEREAS each year on February 6, we honour the legacy of Robert (Bob) Nesta Marley, an influential musician, advocate for human rights and international ambassador of peace.

His early career began with friends, the legendary Wailers, “Bob Marley and the Wailers.” His music captivated people of all cultures, broke music barriers and helped introduce reggae music to the world.

Bob Marley became one of the greatest ambassadors of peace the world has seen. He used music to tear down the walls of apartheid and promoted African unity, culture and world peace both at home and internationally, with songs like One Love and Africa Unite. Today, his music continues to be loved by many and is instantly recognized around the world.

NOW THEREFORE, I, Mayor Rob Ford, on behalf of Toronto City Council, do hereby proclaim February 6, 2014 as “Bob Marley Day” in the City of Toronto.