From SPIN's September 2005 issue, an in-depth look at a decades-long cultural battle 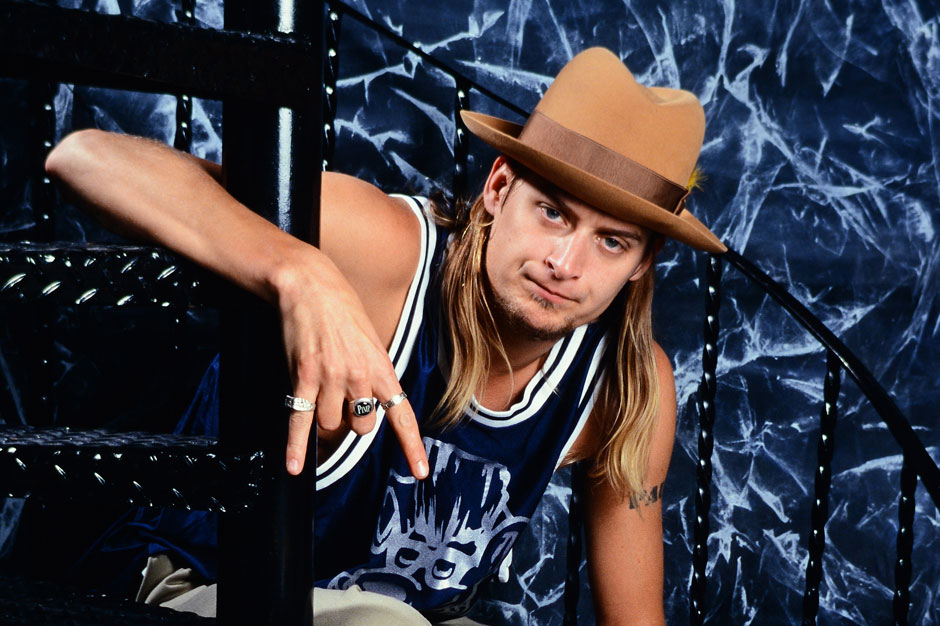 Back in the 1970s, when Afrika Bambaataa dropped the Rolling Stones’ “Honky Tonk Women” into his DJ set at, say, the Bronx River Community Center, the earth didn’t move under his turntables. He wasn’t issuing a stirring racial or political manifesto. But ultimately, that’s exactly what he did. By using rock’n’roll — then the corporate bully pulpit of white guys (often mimicking African-American artists) — as just another piece of vinyl set decoration, Bambaataa decreed that rock was no more crucial than funk, reggae, soul, disco, jazz, salsa, novelty records, or whatever else constituted a hip-hop groove. Soon, it became common for DJs to scratch in bits of rock records — Billy Squier’s “The Big Beat,” the Monkees’ “Mary, Mary,” Steve Miller’s “Take the Money and Run” — as a way to give the crowd a sly tweak, to flaunt their vinyl guile. But in a larger sense, Bambaataa and others spun in motion one of the most remarkable breaks in the history of American popular culture. By appropriating what was seen as “white music,” they reversed pop culture’s essential curse — the ransacking of African-American creativity dating back to the 1800s.

Though hip-hop may have been a party in the ruins of a bankrupt New York City, as evidenced by hit records like Sugarhill Gang’s 1979 “Rapper’s Delight,” it was still a revolt. And for a handful of politicized white punks, b-boys were their subversive twins. The first rap-rock songs — like the Clash’s “The Magnificent Seven” and “This is Radio Clash” — nodded to a shared, underground struggle. Bambaataa, who had attended downtown New York punk clubs, hooked up with John “Johnny Rotten” Lydon (of the Sex Pistols and Public Image Ltd.) for 1983’s agit-rant “World Destruction.” But while Blondie’s softly purred new-wave rap hit “Rapture” was a No. 1 pop hit, the Cold Crush Brothers’ “Punk Rock Rap” was a marginal oddity. When Grandmaster Flash and the Furious Five opened sold-out Clash shows at Bond’s in Manhattan, they were jeered mercilessly. One side got a boost of outlaw freedom, the other was left floating checks for equipment.

Run-D.M.C. put all that to rest. Growing up just beyond the inner-city ghettos in Hollis, Queens (where people had houses and yards), the duo were from the first generation raised on commercial hip-hop’s success. Their hard pose — dressed in black, arms crossed — was imperiously combative. They didn’t come to battle, they came to win. And their harsh, stripped-bare music seemed to obliterate anything in its path — most specifically rock. They became pop stars with 1984’s “Rock Box” (MTV’s first heavily played rap video) and “King of Rock” (1985), both based on the beat-strafing, heavy-metal chug and squall of session guitarist Eddie Martinez. In the video for the latter, Run and D.M.C. busted into a makeshift Rock and Roll Hall of Fame and trashed the place with faux disgust, like it was barely worth their trouble.

Sensing a cash-flow formula, two young entrepreneurs quickly capitalized. Russell Simmons (party-promoting brother of Run) and Rick Rubin (a white longhair punk and hip-hop producer from Long Island) took a trio of white kids (ex-punk band Beastie Boys) and created a slapstick Run-D.M.C. routine, metal riffs included. Stunningly, the Beasties’ Licensed to Ill (1986) became the first rap album to hit No. 1 on the pop charts. And basically, for the next 10-plus years, as hip-hop’s popularity boomed, wannabe rappers, producers, and record execs aped the Beastie formula. But while there were a couple of fluky white rap hits (by Vanilla Ice, House of Pain, Beck), the rap-rock crossover stiffed. A collaboration between Anthrax and Public Enemy on the latter’s “Bring the Noise” (1991) — which tried to recreate the success of Run-D.M.C. And Aerosmith’s 1986 hit “Walk This Way” — was an awkwardly thrashing retread. The Judgment Night soundtrack (1993) embarrassed all involved, most notably the alternative rock bands (Helmet, Sonic Youth, Teenage Fanclub, Mudhoney) that flailed behind the yawning rappers. Ultimately, the multiracial crew Rage Against the Machine, which featured virtuosic guitarist Tom Morello and turned the Clash’s diffuse politics into blunt-force chants, were the only rap-rockers of the era to establish a convincing identity.

It wasn’t until the late-’90s — when alt-rock faded as a youth-culture force and hip-hop was popping champagne bottles into largesse — that rap-rock emerged as more than a fad. White kids who grew up on the Beastie Boys’ boyish hijinks, hair-metal’s blotto sleaze, gangsta rap’s shoot-‘em-up mythology, and grunge’s man-purge, shoved their way into the ring, howling for attention. They emerged in the mainstream in 1988, led by a series of multimillion-selling acts: Korn (tormented Bakersfield, California metalheads with a human-beatboxing singer in a kilt), Limp Bizkit (Korn’s loose-screw stepbrothers), and Kid Rock (wack MC turned country-rock yahoo). Aside from shaky vocals, what linked these groups most strongly was a puerile, comic-tragic fear of women. Whether it was Limp Bizkit’s Fred Durst screaming “Fuck those Spice Bitches” as he “flushed” pop group the Spice Girls down a huge, stage-prop toilet or “pimp of the nation” Kid Rock bragging how he likes to “smack all those hoes,” these mooks tried to fashion an even more insolent, macho image than that of the rappers they envied — minus the embattled, disenfranchised context from which rap emerged.

It all came to a head at Woodstock ’99, where Limp Bizkit, Kid Rock, and others revved up a restless, intoxicated, predominantly white male crowd of 250,000 that eventually rioted, burned the concert site, and looted vendors. Eight sexual assaults were reported. After the ensuing condemnation and a tired run of increasingly contrived albums, the reign of rap-rock mooks waned. And before long, hip-hop was again pop culture’s singular sound. Five years on, Jay-Z was collaborating with Linkin Park, Trick Daddy was sampling Ozzy Osbourne, and Lil Jon was hooking up with punk legends Bad Brains. Rock and rap clearly weren’t finished with each other, but there was no doubt which held the power.