Ice T shares a photo of the Roots drummer on the slab, pick still in place 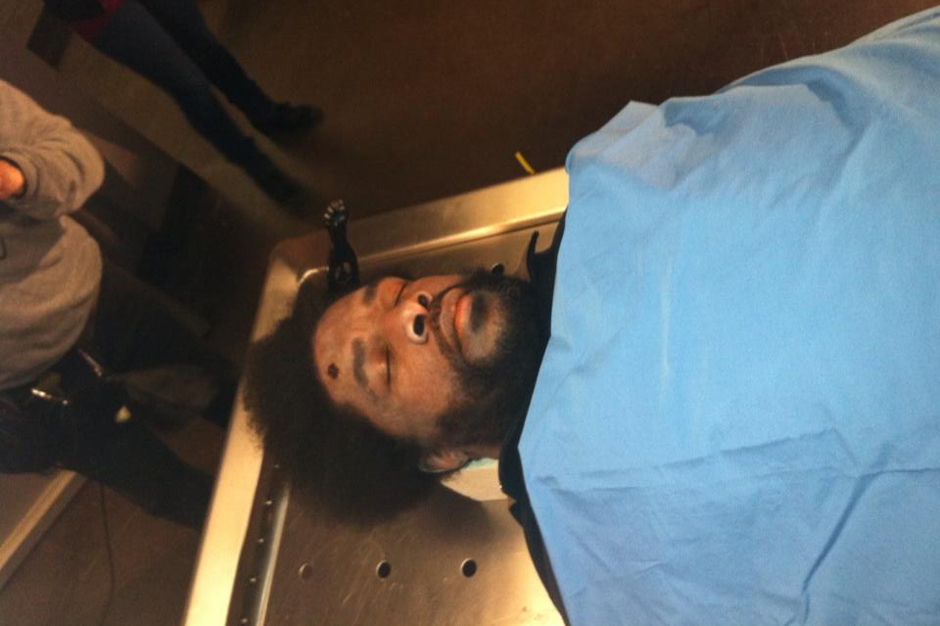 Dreams do come true. In November, ?uestlove made a list of “25 Things You Might Not Know About Me” for Us Weekly, and No. 7 read thusly: “It’s my fantasy to play a dead body on Law & Order.” Fantasy achieved. On Friday, February 21, SVU star Ice T tweeted the above photo, which depicts the Roots drummer and Tonight Show band boss on the coroner’s slab, signature afro pick still in place despite what appears to be a bullet hole in his forehead.

“SVU Behind The Scenes: This corpse looks strangely familiar…” wrote Ice T, whose Twitter handle is, of course, @FINALLEVEL. He didn’t mention when the episode is set to air, but next installment arrives Wednesday, February 26, and will be a crossover with fellow NBC show Chicago P.D. Of course, Law & Order: SVU featured a cameo from 2 Chainz last season, and also took on the Chris Brown/Rihanna case in an episode that featured a Dave Navarro cameo.

In other behind-the-scenes news, Questo recently shared a two-part, 15-minute documentary following the man as he prepares for the inaugural episode of The Tonight Show With Jimmy Fallon, which aired February 17. Watch that below.