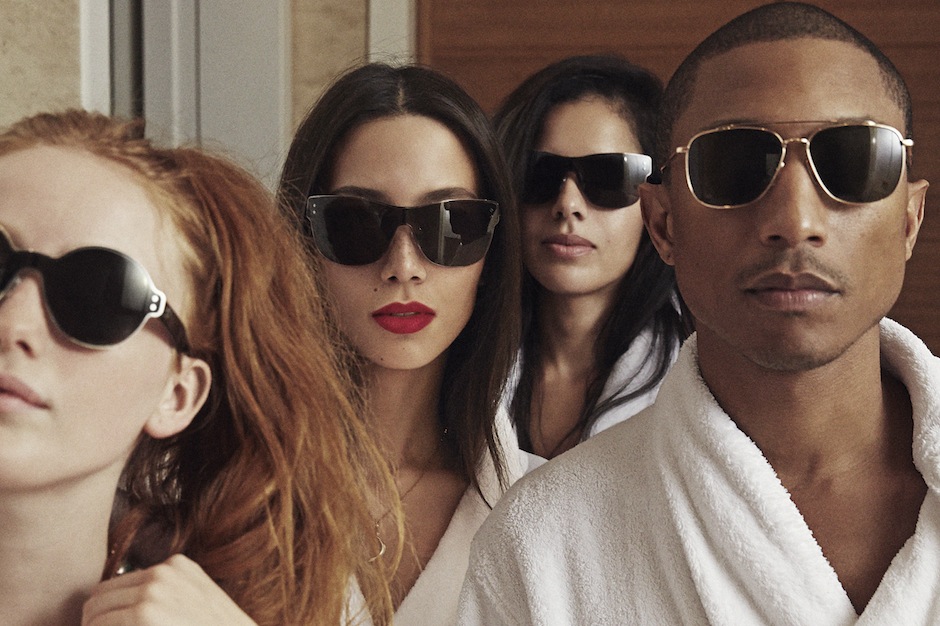 Pharrell Williams spent 2013 helping craft huge hits for other stars. This year, the singer, producer, and songwriter is going his own way. On March 3, Columbia Records will release Pharrell’s second solo album, G I R L. In a statement, he called the follow-up to 2006’s In My Mind “the album that I had always dreamt of making” and predicted it would “feel festive and urgent.”

The album includes the Oscar-nominated “Happy,” which is taking Pharrell to new stages. He’ll perform the song, originally from the Despicable Me 2 soundtrack, on March 2 at the Academy Awards. And he’s performing it today at the BRIT Awards. The song recently climbed to No. 2 on Billboard’s Hot 100 and was No. 1 on the iTunes U.S. song chart at the time of this post. A download of “Happy” comes free with pre-orders of G I R L. No featured artists have been announced, and while Pharrell’s said in the statement he “insantly knew” the record would be titled G I R L, he has yet to explain why.

Last weekend, Pharrell headlined the NBA All-Star Game’s musical lineup. And of course, he and his hat appeared at the 2014 Grammys, where he — Pharrell, not the hat — picked up four trophies: Producer of the Year, Album of the Year for Daft Punk’s Random Access Memories (one of SPIN’s 50 Best Albums of 2013), and Record of the Year plus Best Pop Duo/Performance for “Get Lucky.” His work with Robin Thicke on “Blurred Lines” was good for the best-selling track of last year. (Both ranked on SPIN’s 50 Best Songs of 2013 list.)

For any who might be tragically unfamiliar, Skateboard P’s sterling body of work goes back well into the ’90s. As a member of production duo the Neptunes with Chad Hugo, he has worked on mega-hits like Jay Z’s “I Just Wana Love U (Give It 2 Me),” Britney Spears’ “I’m a Slave 4 U,” Justin Timberlake’s “Like I Love You,” and Nelly’s “Hot in Herre.” He has also put out a clutch of albums with Neptunes side project N.E.R.D.

Watch a cryptic teaser for G I R L below.