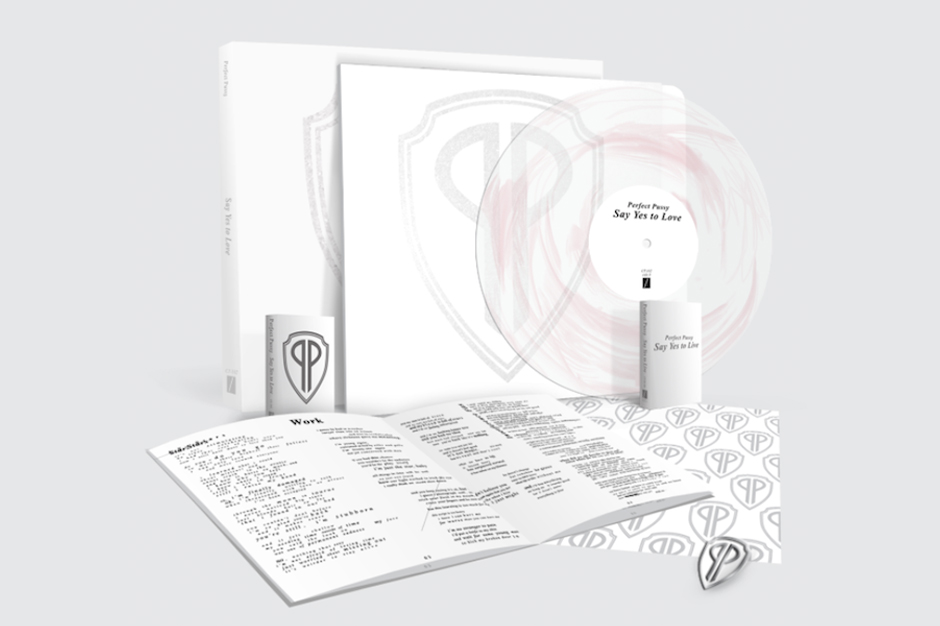 First, a warm welcome to our new readers, who made their way to this article via God-only-knows what uncouth string of search keywords. On March 18, New York noise-punk posse Perfect Pussy will release their debut album, Say Yes to Love. Presumably in honor of the heart-y theme, label Captured Tracks is now offering a super deluxe limited version of the release known as the “Special Blood Edition Box Set.”

Why? Well, because the clear vinyl seen above is infused with swirls of singer Meredith Graves’ “very own blood.” The rising band of badasses are also throwing in a pair of cassettes (the album, and a live version), a poster, an enamel pin, and a download code — all housed in a nice white box — for the low, low price of $30. With only 180 copies being made, it is, of course, already sold out.

If the gory product seems a bit extreme, it’s actually been done far more nastily. In 2012, Wayne Coyne gathered the blood of his famous friends and left it liquid inside of a compartment in the Heady Fwends Flaming Lips record. See here: