For the 17-year-old DJ phenom, 'Dutch' is the ultimate compliment 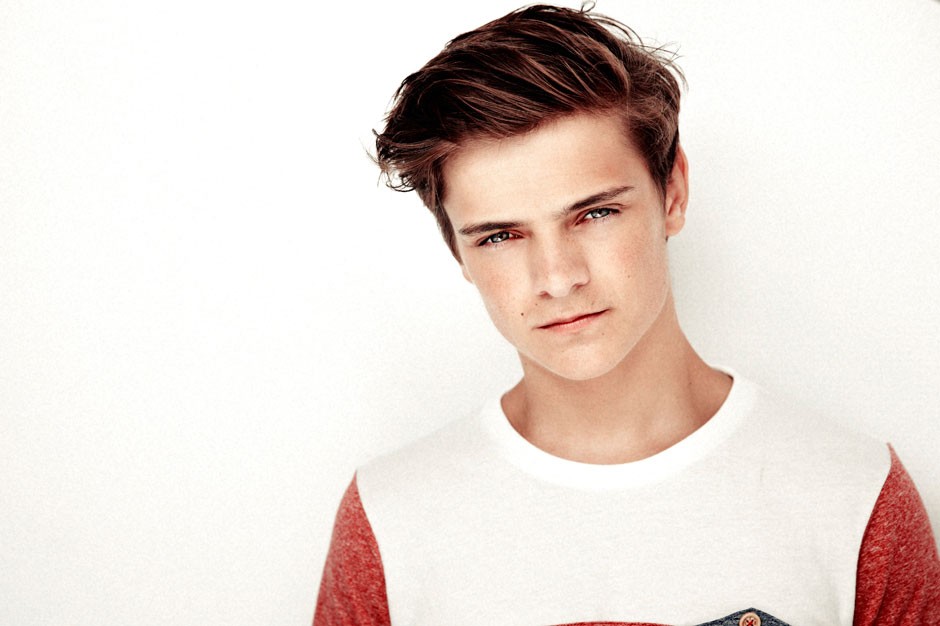 It’s 12:30 a.m. Saturday night/Sunday morning in Chicago super-club the Mid, and a magnum-sized bottle of Jack Daniels rests on a table in the shabby basement green room. Two men with hipster-framed tortoise-shell glasses smoke cigarettes; the ceiling throbs with pulsating bass. And in walks Martin Garrix, the wunderkind Dutch DJ who, thanks to his now-omnipresent electro-dance single “Animals” (which has garnered over 150 million YouTube views since being released last June), is set to DJ tonight, eventually. It’s only his third show on U.S. soil; the night before, he played two shows at Pacha in New York, kicking off his short, seven-city We Are Animals tour.

He’s younger than Justin Bieber — though, perhaps not coincidentally, the two share the same management — but at 17, the square-jawed, model-esque DJ is fast approaching the big-figure paydays his heroes, like his mentor Tiësto, regularly command. Later this spring, he’ll play the main stage at Miami’s Ultra Music Festival before touching down at Coachella for his American festival debut.

As Garrix settled into a couch to chat with SPIN, he took a brief look at his iPhone, where a timer counted down the minutes until he took the stage. “I’m in no hurry!” he told us shortly before strolling upstairs and churning out a house-rattling set of euphoria-inducing beats and drops to a packed club of shrieking fans.

I take it this string of U.S. shows has been on your radar for some time now?
Yah, of course! The U.S. was super-important to me. But the thing was, there were some issues with getting my working permit.

People don’t think about those technicalities.
If it was [up to me], I would have played the U.S. way earlier. Yesterday, I grabbed the mic and said, “This is my first U.S. show!” And [the crowd] was like, “Yah? What the fuck?”

How does a U.S. crowd compare to those you’ve faced in Europe?
I’m not sure if I’ll make the Europeans feel bad, but I’ll say it like this: The U.S. crowd is even better than the European crowd.

It’s mind-blowing how much success you’ve had in less than a year since you released “Animals.”
It’s definitely crazy. For me, it was the most hectic and chaotic year. In a good way. It’s crazy to see what can happen in such a short time.

Obviously people make a big deal of your age. Does that get frustrating?
They’re like, “Yah, this track is good. But the track is not special, because it’s made by a 17-year-old.” In my eyes, it’s about the music.

Tiësto inspired you to start DJ’ing. How did you react when he started respecting what you were doing?
I remember it. We were at some dance event last year, and Tiësto did a Q&A. Somebody asked Tiësto, “Who inspires you?” and he said, “Martin Garrix.” I was like, “What the fuck?” I wasn’t there myself, but then suddenly my phone exploded from people who were there.

Had you met him before that?
Yah, we had met. And now I talk with him a lot on Skype, and I send him all of my new stuff. We worked on a track together. He’s one of the coolest and nicest guys I know in the whole industry. He’s fucking Tiësto, and he’s the most humble guys. He’s the most Dutch guy I’ve ever known.

Come again?
He doesn’t give a shit what other people think. He’s really laid back. He doesn’t really care that much. That’s being Dutch.

You’re playing Hakassan at the MGM Grand in Las Vegas. It’s become something of a mecca for EDM.
When I saw the request from Hakassan in the booking system, I was like, “Holy fucking shit!” And then I saw it was on the Sunday right after the Super Bowl. I was like, “Holy shit, this is gonna be sick!”

Vegas is a whole different level.
A few friends of mine are in Vegas, and they’re like, “Dude, your head is like on a massive [billboard].”

How does your family feel about you traveling the world as a DJ?
They’re really happy for me. They’ve supported it from the start. My parents even let me switch schools, to leave my regular school to go to the producer’s school, because I told them producing is what I love to do, and it makes me happy to share my music and my passion with others. I was dreaming to go to that school. I begged them. They were like, ‘Yah, know what? If you are happy, we are happy.’ I think one year later, I made “Animals.”

Do your parents travel with you?
Next week my dad is coming to meet me in Ultra South Africa to two shows. I brought my mom two weeks ago to Panama and Curacao for two shows.

And your friends?
I don’t get to see my friends that much.

I think it’s worth it, though.
It’s definitely worth it. We have a group chat with all my friends — we have eight friends in one chat. And they have a party, and they show me the most fucked up pictures. I’m like “Damn, I wish I was there!” But then they see my pictures and were like, ‘Fuck, I wish I was there!’ But it’s cool. Everybody’s really involved and helping and supporting everything. I don’t have that much friends. But the friends I had like five, six years ago, I still have.

There are countless genres of dance music, from trance to deep house to U.K. bass. How do you define your sound?
Mostly just big-room house. But I also do pop kind of stuff and hip-hop. But I don’t release it under Martin Garrix.

It’s production for other artists?
Well, some people are writing on it, but it’s not getting released under Martin Garrix. It’s produced for a pop artist.

Can you reveal whom you’ve produced for?
I can’t say. I just sent a new demo to one of the biggest singer-songwriters in the world.

Do you plan to release your own full-length album?
I definitely want to do an album in the future. I’ve got enough tracks ready right now, but right now I think it’s too early. I just want to keep doing singles. Right now I’ve finished enough tracks to get released until June. I’ve got five, six new tracks ready.

Whose music inspires you?
I love Disclosure. Dillon Francis. Bauuer. Flosstradamus. I listen to a lot of different genres.

You must have seen some wild shit so far on the road.
Well, you’ve always got the boob flash. But I’m not even going to say that’s ridiculous, because now it’s normal.

Jukebox Jury: Martin Garrix, The DJ Who Sings Along