It's not something we would've recommended, but it is one way to live 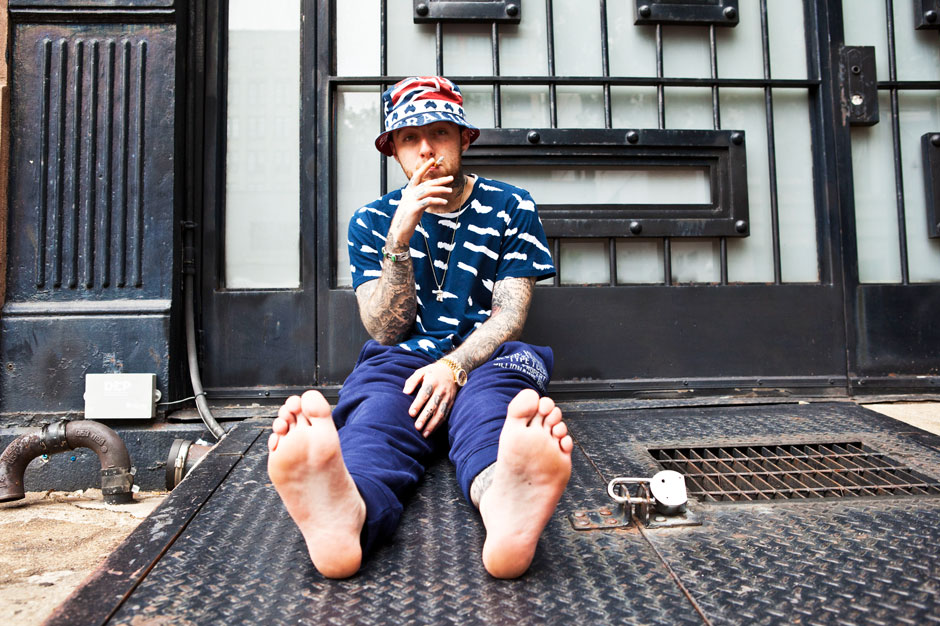 Mac Miller just became cool and he’s willing to risk it all with a bold move: He’s shared an earnest cover of a Bright Eyes song. As Noisey points out, the Pittsburgh rapper has recorded his own version of “Lua,” a late-night tearjerker first heard on Conor Oberst’s 2005 album I’m Wide Awake, It’s Morning. Credited to Mac’s producer alias Larry Fisherman, the homage is a straightforward rendition, featuring simple strumming and closed-mouth vocals that are sung and, mercifully, not rapped. Though Mac’s been known to run with Cool Kid Chuck Inglish, this folky tribute isn’t coming out of left field — he covered “First Day of My Life,” another tender love note featured on Wide Awake, back in 2012. What, Mac, no love for Digital Ash in a Digital Urn?