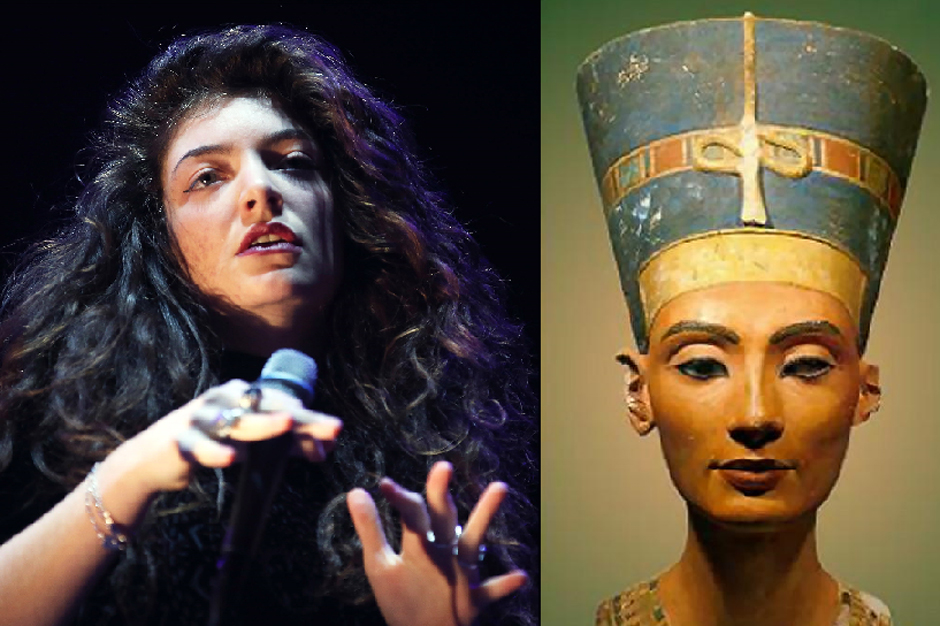 It seemed Lorde’s age-truthers might finally give it a rest after the rising New Zealand star’s birth certificate emerged confirming that she is, indeed, 17 years old. But the Internet was blessed with a short attention span and a selective memory, so the trolling of the Grammy-winning teen born Ella Marija Lani Yelich-O’Connor continues. The latest entry is all kinds of offensive: a Tumblr dubbed “Old Black People That Look Younger Than Lorde.”

Registered at blkdontcrack.tumblr.com, the site claims its mission is to “provide scientific proof that we, black people, have in fact found the fountain of youth.” Of course, since the Pure Heroine pop-maker is the consistent point of comparison in every post, it’s fair to say the site’s creator also aims to play off of the popular accusation that Lorde is older than she claims to be. The text accompanying the image above: “Lorde – 17; Queen Nefertiti – 3384.”

The captions follow the same format throughout, pitting the face of the voice of “Royals” against Phylicia Rash?d (65), Harry Belafonte (87), Angela Bassett (55), and Pharell (40), to name a few. The photos of Lorde appear to be selected to match that of her elder counterpoint. Oof. Of course, it’s the singer who will be laughing next week, February 19, when she teams up with Disclosure for an unprecedented performance at the BRIT Awards.