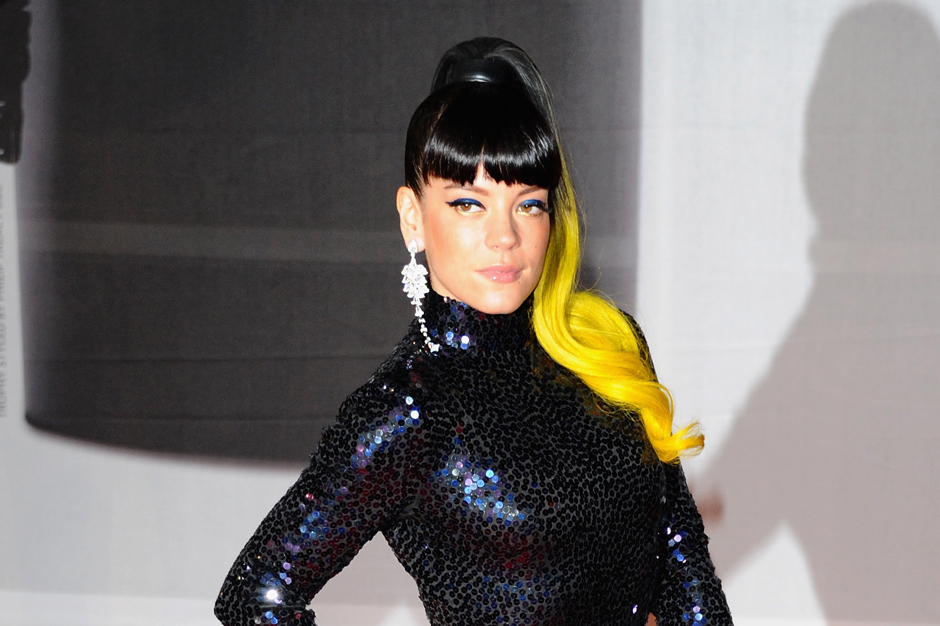 We never really had Lily Allen pegged for a loyal SPIN reader, but clearly she’s a big fan of “Sheezus Talks,” our 2013 all-female critical roundtable convened to discuss Kanye West’s Yeezus, which wound up being our album of the year. As Glamour reports, the recently resurrected pop-skewering British star has announced the name of her forthcoming return LP, and it’s name shall be Sheezus.

“It’s a confident title choice, and a little nod to Kanye West,” she told the host of BBC’s The Graham Norton Show before performing her latest single, “Air Balloon.” In the music video for that song, she winds up finding Jesus … hurtling through space on a gigantic cross. Glamour also points to an Urban Dictionary definition of “Sheezus,” which is “a word that originated from the two words sheesh and jesus.”

While it’s doubtful Allen will go full early-aughts Eminem on us, she has been making a point to poke fun at the stars du jour. She trolled Robin Thicke pretty hard with her “Hard Out Here” video. And there was that whole twerking fiasco. Also, she cheekily name-checked Kurt Cobain in “Air Balloon” (erm, alongside Elvis Presley), and referenced on popdom’s greater body image issue in her Girls track “L8 CMMR.”

Unfortunately, Sheezus doesn’t seem to be shaping up to be Yeezus’ better half. Though we’ve been rooting for Allen’s comeback for awhile now, the songs unveiled so far don’t offer a whole lot of hope.