Frustratingly underwhelming return continues with off-kilter tribute to her man 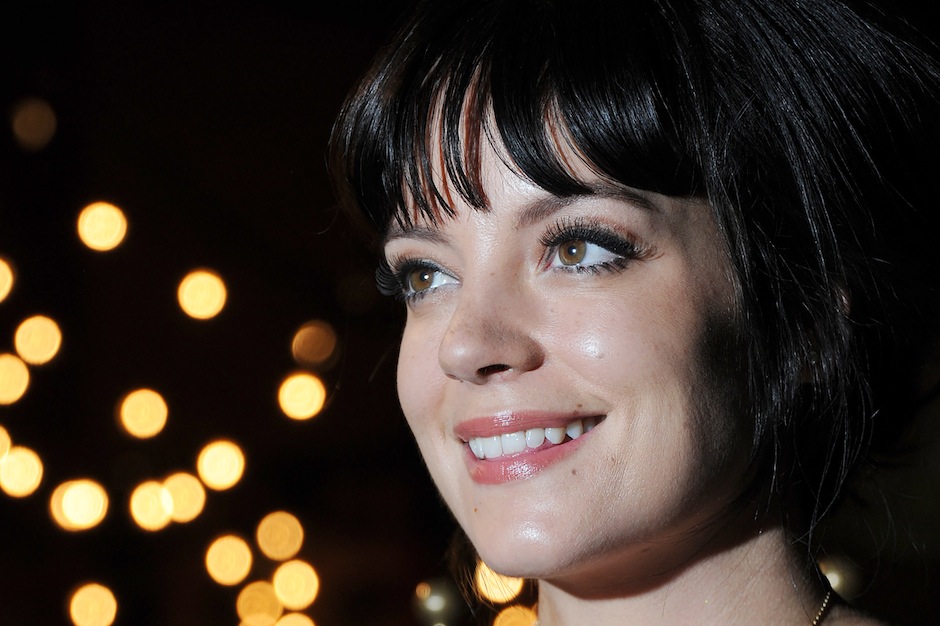 Whatta man, whatta man, whatta mighty good man. And most importantly, he’s Lily Allen’s man and “you can’t have him.” That’s the gist of the U.K. singer’s new song for HBO’s Girls soundtrack. Co-written and co-produced with Greg Kurstin, “L8 CMMR” is bright, bouncy electro-pop with well-crafted hooks and some playful Auto-Tune effects, all on the subject of Allen’s evidently wonderful beau.

But something about it all is a little lackluster. Maybe it’s the House of Pain horn intro? There’s also the roteness of the “game, set, and match” imagery, the randomness of the “latecomer” lyric and its textspeak title spelling, or the calculated-feeling provocation when she appears to refer to herself as “this fat lady.” This last bit of potential raw meat for a social media crowd that just finished debating Gwen Stefani’s use of the word “chunky” comes after Allen’s quickly deflated “Air Balloon” name-checked Kurt Cobain, and her “Hard Out Here” video clumsily (at best) went after Robin Thicke’s “big dick.” The oh-for-three batting average since the singer’s return — let’s not even acknowledge her Keane cover — is especially frustrating given that we’d been rooting for Allen’s pop comeback for a couple of years now.

Maybe the flaw here is in the song’s basic theme. “Whatta Man” is about praising a decent guy, not nah-nahing those who’ve been unlucky enough to find someone like him. Likewise, Brandy and Monica’s “The Boy Is Mine” benefited from the tension of an actual love triangle. And one of the best songs of this type, Nina Simone’s take on jazz standard “My Baby Just Cares for Me,” is less about warding off competitors and more about a lover who prefers the singer’s company to “high-tone places” — maybe not coincidentally, also the theme of Miguel’s superior Girls seduction “Simplethings.” Mary Wells’ “My Guy” isn’t about how he couldn’t be your guy.