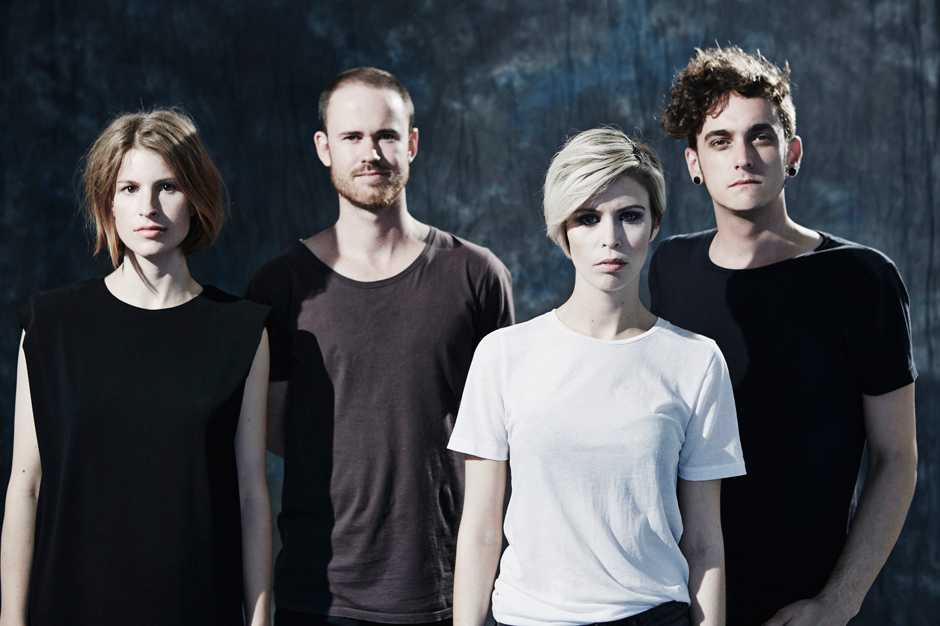 Sydney quartet the Jezabels specialize in a richly textured sort of rock/pop that blurs the lines between acoustic and electronic, atmospheric and active. Lead singer Hayley Mary is a force unto herself, with a warm voice that sails across the songs on The Brink, the group’s new album. And now a song from that set, the lush “Psychotherapy,” gets a remix from an unlikely source — Aaron Harris, best known as the drummer for Isis and Palms, but also a part-time producer and touring engineer for a handful of bands, including the Jezabels. As for the track he chose to rework, Harris says he “was instantly drawn to its softness and beauty” and wanted to go in the opposite direction, to “make it dark and heavy.”

Indeed, Harris succeeds in spades, but let Mary set up the track: “Aaron is a cherished friend of the band who took us on tour around America when we first started touring there,” she says. “Once, on a long drive through the Rockies he put on a Cocteau Twins record. It was the first I had ever heard of this magical band and we were all instantly mesmerized. We wanted him to remix a song from The Brink because he’s a great engineer/mixer and a part of our family. Here it is.”