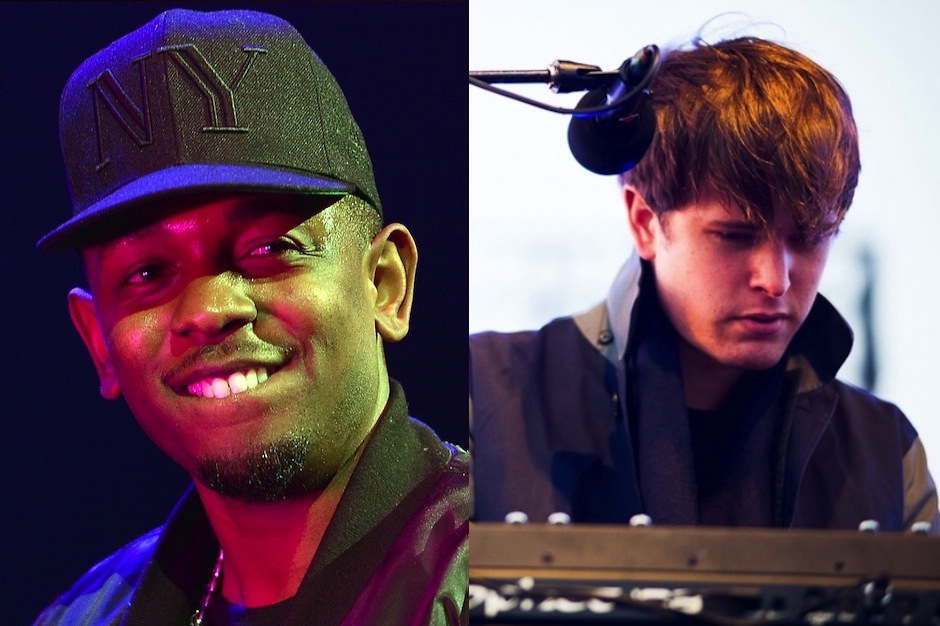 CREDIT:Lamar photo by Getty Images and Blake photo by Wilson Lee for SPIN

A Kendrick Lamar song with barely any rapping doesn’t make a whole lot of sense in theory, but James Blake knows how to weave disembodied strands of others’ tracks into post-dubstep mellow gold. The U.K. producer’s remix of Kendrick Lamar’s good kid, m.A.A.d city half-title track, which the “CMYK” mastermind debuted last night in a DJ session for BBC Radio 1, is only the latest example. Under his Harmonimix alias, Blake strips out a solitary line or two from “m.A.A.d city,” which Lamar performed at the Grammys, and sets it between busily whirring beats and stadium-organist keys, for a misty and disorienting listen.

It’s another intriguing statement in the 2013 Mercury Music Prize winner’s ongoing conversation with the broader popular culture — Ellie Goulding and Angel Haze recently covered Blake’s “Life Round Here,” while Lorde covered his “Retrograde,” and he himself has been fake-interviewing Burial, remixing Beyoncé’s “Drunk in Love,” remixing Destiny’s Child’s “Bills, Bills, Bills,” you know, the usual. His full latest BBC session, which you can hear at the network’s website, digs up another mock Burial chat, plus remixes of OutKast and Talking Heads. Blake’s reported roomie (and previous collaborator) Chance the Rapper should be proud.