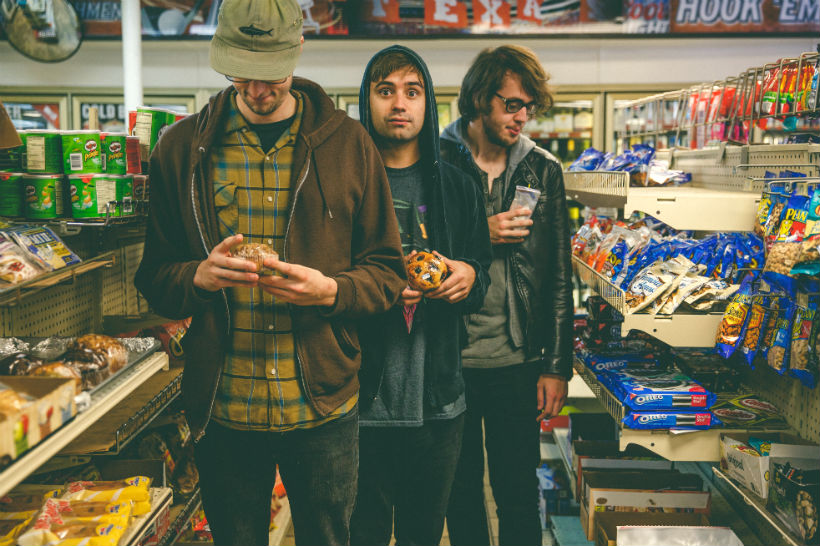 Last summer, Cloud Nothings teased their upcoming third album, Here and Nowhere Else, with an acoustic performance of the track “Psychic Trauma” that was filmed on a Vienna sidewalk. Now the Cleveland trio has unveiled the fully electric studio version, and, as expected, it’s leaps and bounds more intense. The song starts off pleasantly enough, with a laid-back Sonic Youth vibe until the band shifts the tempo up a few gears, frontman Dylan Baldi’s guitars nearly overtaking his screams of “I can’t believe that what you’re telling me is true / My mind is always wasted listening to you.”

Here and Nowhere Else, the follow-up to 2012’s Essential Attack on Memory, is one of SPIN’s 50 Albums You Gotta Hear in 2014 and will be released on April 1 via Carpark/Mom + Pop.