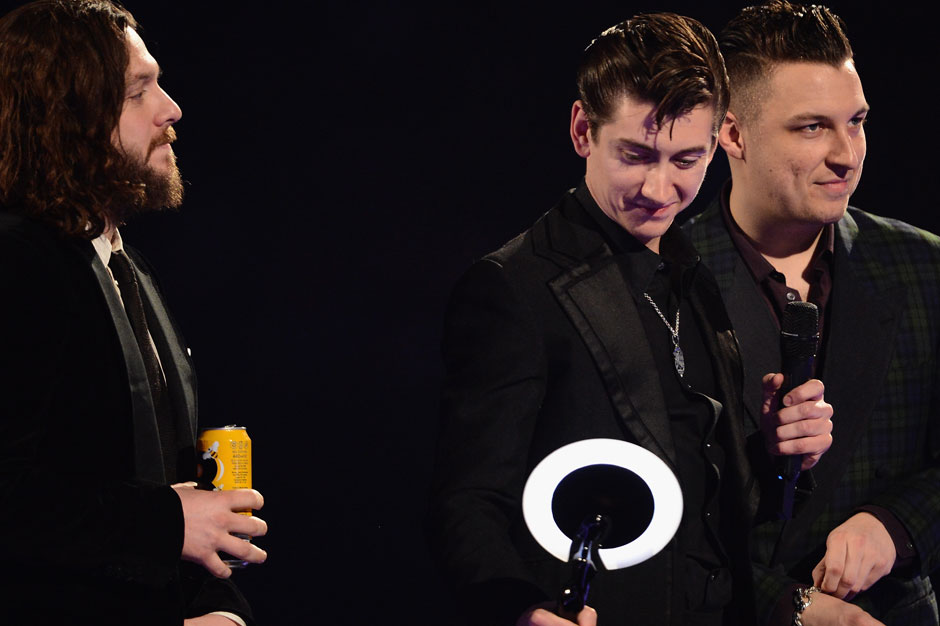 The 2014 BRIT Awards have come and gone at London’s O2 Arena, and, for the first time ever, fans around the world were able to live-stream the annual ceremony. Arctic Monkeys were the night’s big winners taking home Album of the Year and British Group after opening the ceremony with a flame-lit “R U Mine?”. David Bowie, favored for the night’s big award, took British Male Solo Artist instead, sending supermodel Kate Moss to accept on his behalf. Other notable wins: Lorde for International Female Artist (her first Brit Award); Ellie Goulding for British Female Artist; Daft Punk for International Group; and Bruno Mars for International Male Artist.

Prince made an early cameo with his 3rdEyeGirl backing band and posed for a selfie with the night’s emcee James Corden. Noel Gallagher was also in the house to present British Male Solo Artist, and quipped that David Bowie is too cool for this shit.

Find the full list of winners in bold below.

MasterCard British Album of the Year