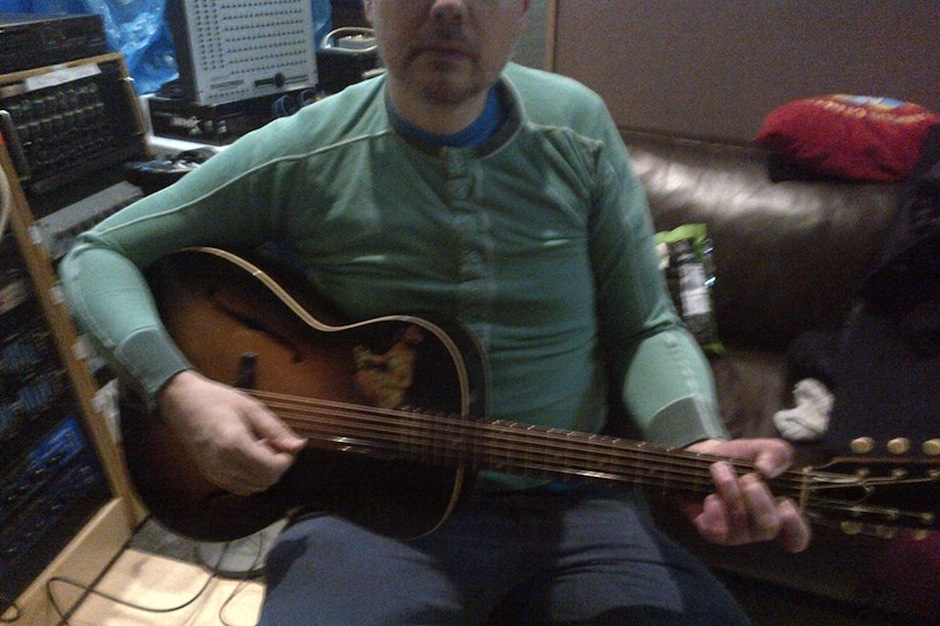 “He saw that the water continually flowed and flowed and yet it was always there; it was always the same and yet every moment it was new.” That’s Hermann Hesse in his essential/existential 1922 coming-of-age novel Siddhartha. We’d have to double-check with Heraclitus, but it could also be an apt preview of Billy Corgan’s upcoming free ambient set inspired by Siddhartha. The Smashing Pumpkins leader said on Facebook he’ll be building an eight-hour (or more) live show around a synth interpretation of Hesse’s book on February 28 at his Madame ZuZu’s Tea House in Chicago suburb Highland Park, Illinois.

More precisely, Corgan said this: “On 2//28 I’ll be doing a show at Madame ZuZu’s Teahouse; start time noon, and due to nature of performance it’ll last 8-9 hours. So see http://MadameZuzus.com/ in coming days for details on seating and admissions. As with all our events there is no charge. Performance will be centered around an ambient/musical interpretation of Hermann Hesse’s Siddhartha; built by modular synthesis, on the fly. Readings of the text to go hand in hand with whatever is created; + the first @Hexistential poster, and event t-shirts too. Hope to see you there.”

Didn’t know Corgan was on Facebook? He rejoined in January. As SP fan blog Hipsters United documents, the wrestling superfan deleted his Facebook account a few years ago after fans criticized him on the platform. On the revived page earlier this month, Corgan posted a photo of himself (above) with the caption, “Writing new SP songs.” Smashing Pumpkins’ last album, Oceania, came out in 2012, and Corgan has been working on a new album for some time.

But don’t take our word for it. More Siddhartha: “I can love a stone, Govinda, and a tree or a piece of bark. These are things and one can love things. But one cannot love words. Therefore teachings are of no use to me, they have no hardness, no softness, no colors, no corners, no smell, no taste — they have nothing but words.” Okay, this calls for the intro from “Cherub Rock.”