Love songs have been lucky for Australia-spawned pop singer Betty Who: Last Fall, “Somebody Loves You,” from her debut EP The Movement, was used as the soundtrack for a viral video of an elaborate marriage proposal set in a Home Depot that’s racked up more than 13 million views. And just before Valentine’s Day, she’s giving SPIN the exclusive premiere of “Heartbreak Dream,” the first single from her second EP and debut for RCA, Slow Dancing.

Produced again by Peter Thomas, the song is big, lush, and anthemic, consistent with but a step forward from the intelli-pop of The Movement (imagine a cheerier Robyn). Despite the title, “Heartbreak Dream” isn’t really a breakup song, as Who (real name: Jessica Newham) explained to SPIN over the phone from L.A. last week. Listen to “Heartbreak Dream” and read our interview with Betty Who below.

Who will promote Slow Dancing, which is out April 8, with an extensive North American tour. Find those dates below. 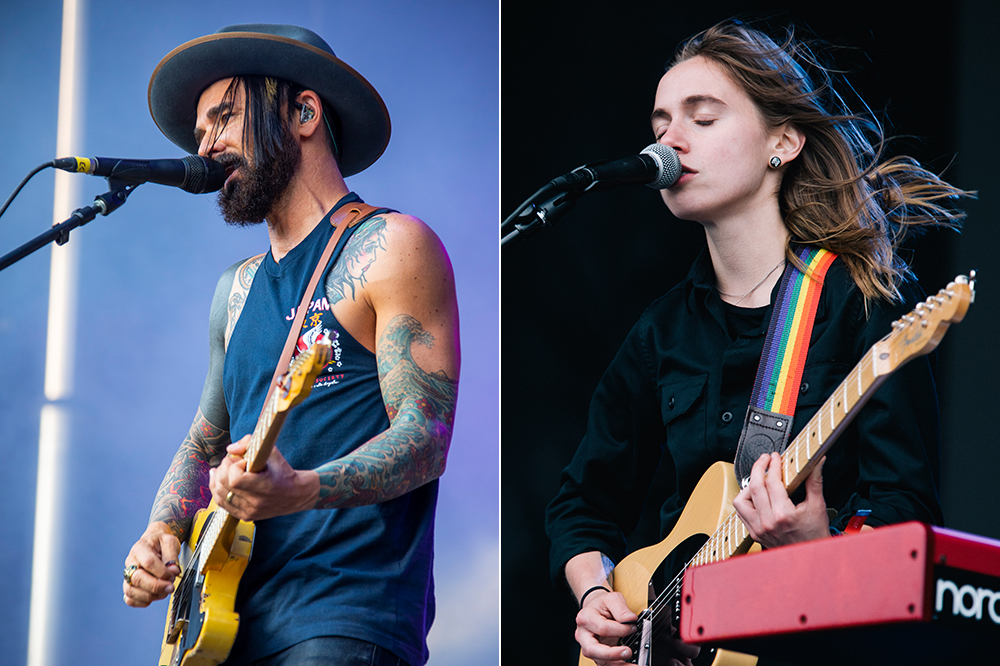 Is there any particular reason you’re dropping a song about heartbreak right before Valentine’s Day?
Well, it’s not really a breakup song. A lot of my songs are like that, looking at complicated relationships rather than just being about being in love and being happy. It’s more about the kind of relationship that you probably should end but for some reason neither of you can — nobody’s happy, nothing good is happening, you complain about it all the time, but you just don’t end it.

Speaking of which, what was your worst date ever?
A few years ago there was a guy I’d sort of been seeing for three weeks or so, but we hadn’t been on a proper date. We went out to dinner at an Italian restaurant — which is a nightmare if you’re vegan, because everything’s either non-vegetarian or has butter or something in it, so I could barely eat anything, I had just a couple of tiny appetizers for dinner. And he barely talked through the entire meal, he just sat there looking at his phone. And I had to pay! It was awful, I just went home and cried.

What would your ideal date night be?
I’ve been so busy during the days that all I want to do at night is go home and relax, so my ideal date would actually be to stay home, watch SVU, and eat Pad Thai.

Is that what you’re doing for Valentine’s Day?
Well, this will be the first Valentine’s Day where I’ve actually been in a relationship. The guy I’m seeing has to work Friday, so we’re taking the weekend and he’s taking me out to dinner on Saturday night, and Sunday we’re going to Disneyland, have you ever been? It’s so much fun. We’re going to eat dinner on this Pirates of the Caribbean cruise ride. So it’s kind of an ideal combination of romance and silly fun.