Last year, SPIN visited Wye Oak in the studio while they were working on their fourth album, an LP that marks a drastic shift in the Baltimore-bred duo’s sound. “There’s not a lick of guitar on this whole record,” singer (and, now, bassist) Jenn Wasner said inside Brooklyn’s Rare Book Room Studio, seated alongside fellow member Andy Stack. “It basically inverts what we were responsible for. Andy was playing droney bass lines on keyboard. Now he’s responsible for the more upper register stuff that guitar would normally handle, while I’m playing bass lines on a bass guitar.”

Now, Wye Oak have officially announced the upcoming effort and shared its lead single. The follow-up to 2011’s Civilian is titled Shriek and set to arrive on April 29 via North Carolina super-indie label Merge Records. As promised, first taste “The Tower” doesn’t rely on Wasner’s well-documented six-string prowess — instead, the track pairs her grimy low-end lines with the kinds of percussive synths found on her pop-skewing side-project, Dungeonesse, whose self-titled debut ranked among SPIN’s 20 Best Pop Albums of 2013. For a peek at Shriek, stream “The Tower” via the above visual.

Scroll down for the album’s cover art and track list, followed by a lengthy list of North American tour dates. Pre-orders of Wye Oak’s next LP, which was co-produced by Nicolas Vernhes, are currently available through iTunes and the Merge store. 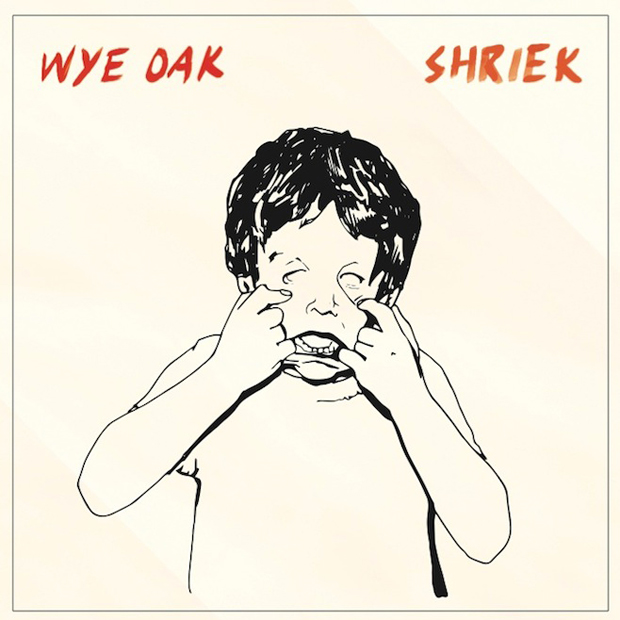