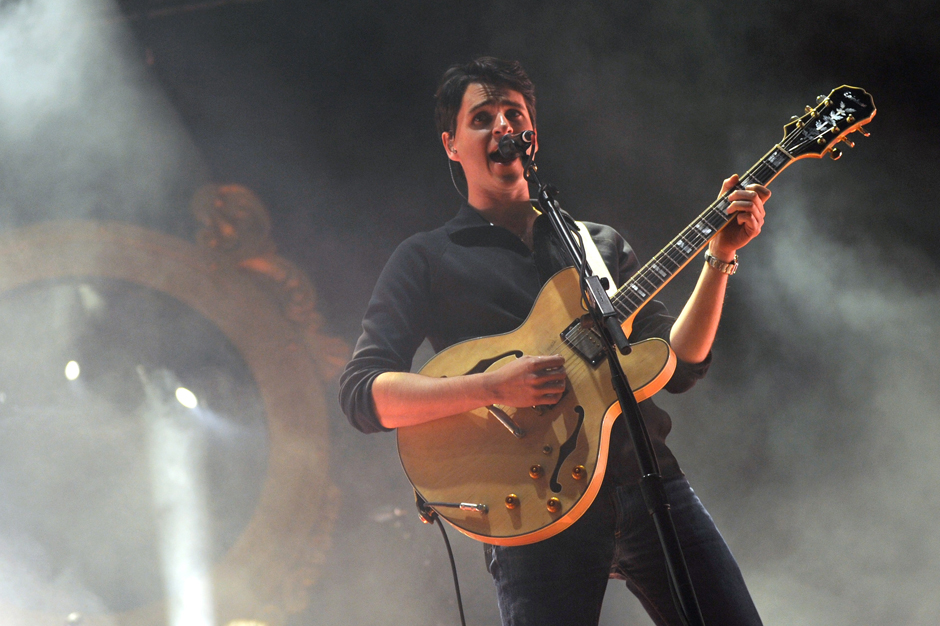 In honor of Valentine’s Day, Starbucks is releasing Sweetheart 2014, a compilation of love songs featuring covers by Fiona Apple, Phosphorescent, Thao & the Get Down Stay Down, Sharon Jones & the Dap-Kings, and more. Due February 4 via Hear Music/Concord Music Group, the upcoming collection spans a total of 13 tracks, two of which we’ve already heard: Beck’s version of John Lennon’s “Love” and Jim James’ reworking of Bob Marley’s “Turn Your Lights Down Low.”

Now Rolling Stone has uncovered a third. The latest Sweetheart tune comes from Vampire Weekend (SPIN’s 2013 Band of the Year), who have set their sights on “Con te Partirò,” the neo-classical song made famous by Italian singer Andrea Bocelli. “‘Con te Partirò’ is one of the greatest love songs of all time,” says VW frontman Ezra Koenig. “Its beauty transcends language. Thank you, Mr. Bocelli, for introducing us to this majestic gem.”

Surprisingly, these Modern Vampires of the City manage to make the poperatic epic their own, laying down a reggae-informed beat (a la Contra’s “Diplomat’s Son”) as Koenig sighs and sings in Italian. Hear it over at RS.