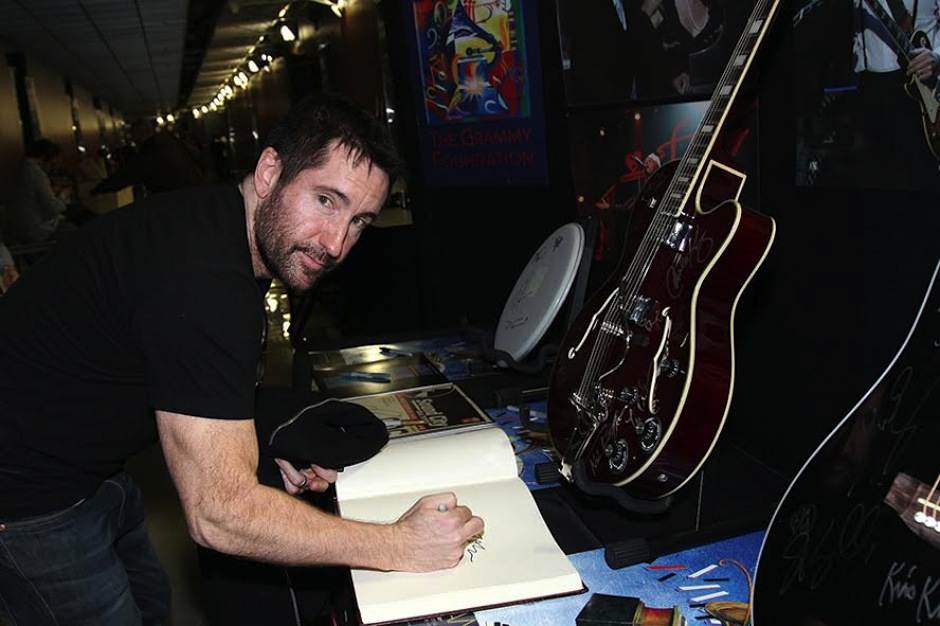 Last night, Nine Inch Nails set the 55th annual Grammy Awards aflame with a show-closing performance joined by Queens of the Stone Age, Dave Grohl, and Lindsey Buckingham. And, in the midst of QOTSA’s “My God Is the Sun,” the telecast cut to sponsor name-checks and the end credits. Not long afterward, NIN maestro (and recent SPIN cover star) Trent Reznor wrote on Twitter: “Music’s biggest night… to be disrespected. A heartfelt F—K YOU guys.”

It’s possible Reznor somehow felt snubbed at Hesitation Marks losing out Best Alternative Music Album to Vampire Weekend’s Modern Vampires of the City, but that isn’t likely. And honestly, there are plenty of reasons to criticize the Grammys, and the way organizers sometimes force the music performances themselves to give way to promotional concerns is certainly a valid one. That said, it wasn’t as if the early cut-off should’ve been a surprise: The show had gone more than its allotted three-and-a-half hours (!), and in recent years the same fate has befallen Arcade Fire, a supergroup of LL Cool J, Chuck D, Tom Morello, Z-Trip, and Travis Barker, and even Stevie Wonder. (Then again, a couple of years ago nobody pulled out the hook for Grammy closer Paul McCartney.)

So Reznor’s tweet, justified though it was for disappointed fans, was also par for the Grammy course — and, in its outspokenness, part of the reason for loving the NIN frontman in the first place. In 2011, he told The Hollywood Reporter, “Why don’t the Grammys matter? Because it feels rigged and cheap — like a popularity contest that the insiders club has decided.” As the man sang with NIN last night, “Copy of a copy.”