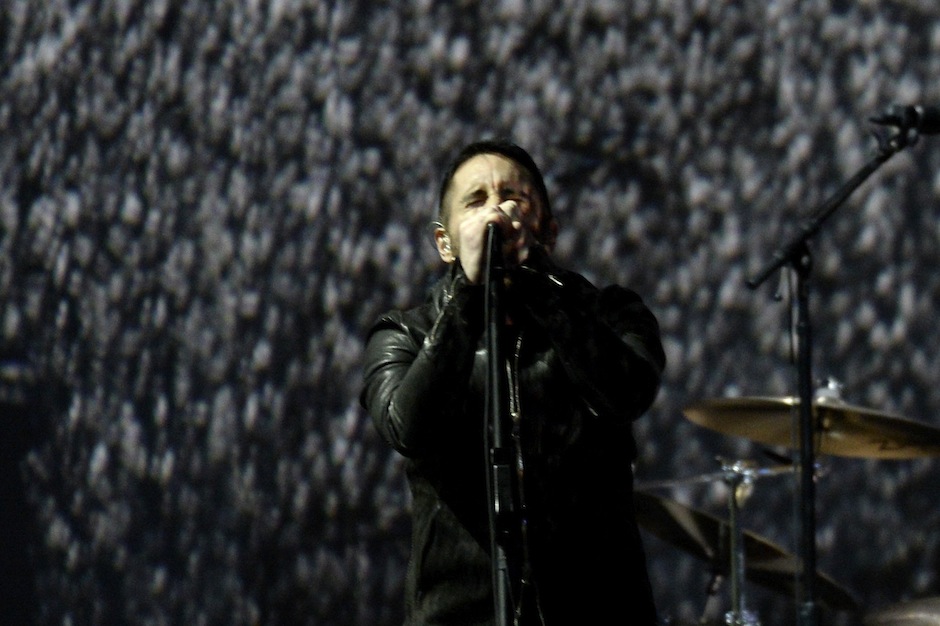 If the cause of Trent Reznor’s scathing comment about the Grammy Awards the other night was the early hook for his show-closing performance, the Nine Inch Nails main man has now received an apology. “I’m sorry he was upset,” Grammy executive producer Ken Ehrlich told the Hollywood Reporter. “I was really thrilled that we were finally getting him on the Grammys.”

After the January 26 ceremony, recent SPIN cover star Reznor wrote on Twitter: “Music’s biggest night… to be disrespected. A heartfelt FUCK YOU guys.” Although Vampire Weekend might’ve feared they were the targets of the “Head Like a Hole” singer’s wrath, on account of their Modern Vampires of the City beating out NIN’s Hesitation Marks for Best Alternative Music Album, well, they probably, um … weren’t? The Grammys sometimes cut to credits early during show-ending “superjams,” and that’s what had happened to the Reznor-led band’s set with Queens of the Stone Age, Dave Grohl, and Lindsey Buckingham.

Ehrlich continued: “The final jam started with Arcade Fire a few years ago, and LL Cool J last year. I want to end on a high, an up note. I did tell them we’d take it as long as we could. The number was about five, six minutes long, and we got to within a minute twenty of the end. We got as close as we could possibly get.”

So far, Twitter silence from Reznor. “I think you owe me a great big apology,” he sang to God way back on Pretty Hate Machine’s “Terrible Lie,” so we’ll see if he’ll accept one from a mere mortal. And hey, only a little more than a month until someone can tweet an F-bomb at the Oscars…