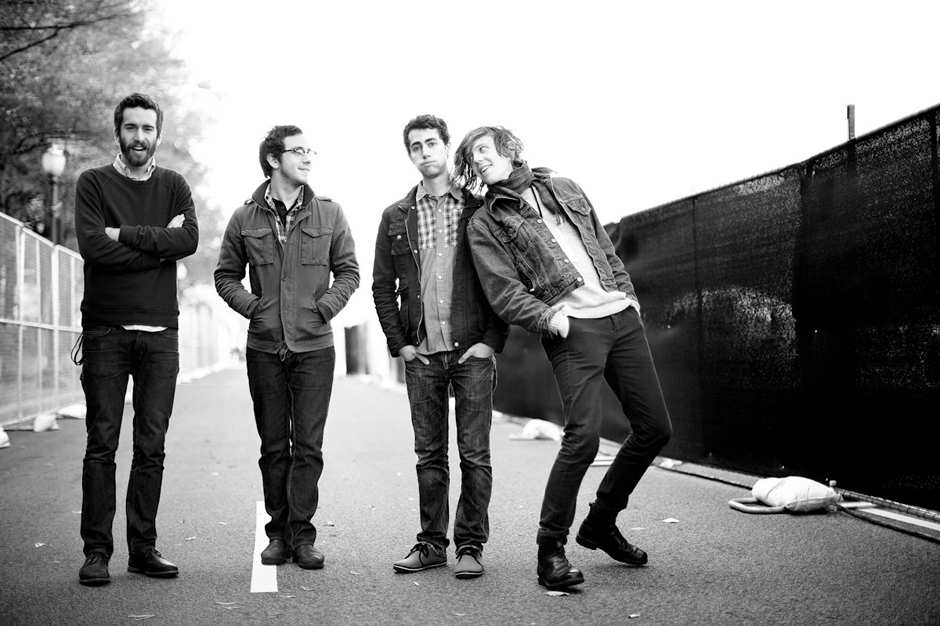 Tokyo Police Club will return this spring with their third album. On March 25, Mom + Pop will release Forcefield, the Canadian pop-rock crew’s follow-up to 2010’s Champ. Clocking in at nine tracks total, the upcoming LP was produced by Doug Boehm (who helmed Girls’ 2011 swan song, Father, Son, Holy Ghost) and Tokyo Police Club singer-bassist David Monks, who shared a statement about the creative process behind the long-gestating LP (via Pitchfork).

“Since writing started for Forcefield in mid-2011 there have been so many trends and every kind of ‘wave,'” Monks said. “We saw them all come and disappear or change into something broader. It left us wanting to make something that would last. We ended up rediscovering energy and guitars and simple, direct songs. There was certainly a lot of pressure to take the music somewhere new and there were lots of opinions about how to do that, but in the end we blocked all that out and followed our instincts. I think that’s what Forcefield is — it doesn’t matter what else is going on out there, the music just has to be honest and have a real feeling to it.”

Tokyo Police Club shared the album’s opening track — the nine-minute triptych that is “Argentina (Parts I, II, III)” — a few weeks back, and now they’ve unveiled the record’s first official single, the ebullient, über-polished “Hot Tonight.” Stream the song below, and scroll down for the full track list to Forcefield.