New Jersey wordsmith says treatment "killed the poet" in him 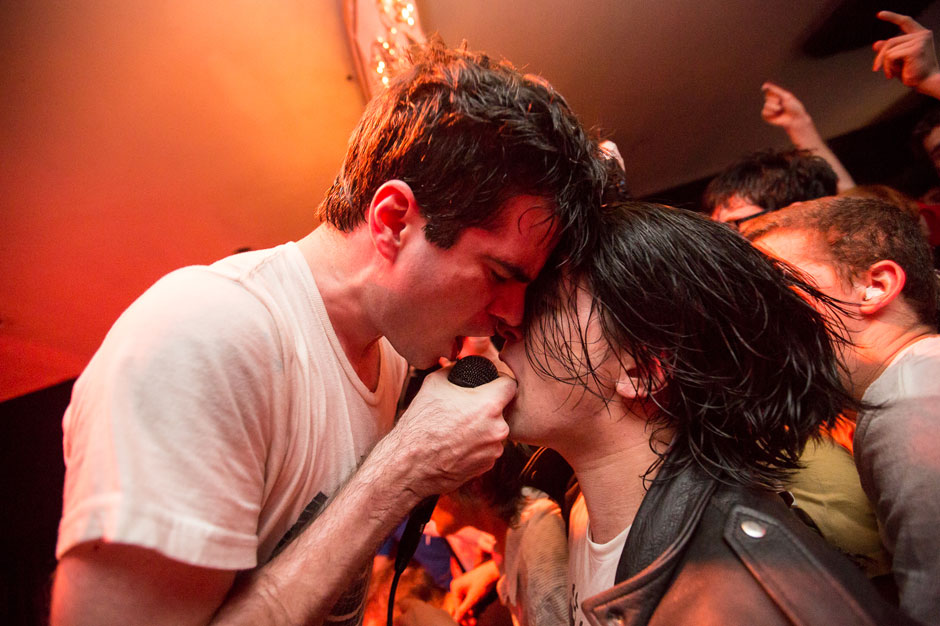 A few months ago, Titus Andronicus frontman Patrick Stickles revealed that the New Jersey band’s fourth album will be a 33-track rock opera about manic depression. Now, in a recent interview with comedian/podcaster Marc Maron, Stickles details his personal struggle with depression.

“The depression that I went through last year was the worst thing that I ever experienced in by far,” Stickles says in the latest episode of Maron’s twice-weekly WTF podcast. “The thing that was really terrifying about it was not that I looked into the future and felt, like, an unspeakable dread, because I had felt that dread my entire life. I felt the dread but I couldn’t articulate it.”

The Local Business leader then discusses the treatment he underwent and the effect that taking medication had on his creativity. “In taking away the part of me that made all of those problems for everybody when I was a maniac, they killed the poet in me,” Stickles says. “They took away my ability to make the unique connections that I can make.”

Elsewhere in their nearly 90-minute conversation, Stickles tells Maron that he’s “off the white man’s drugs,” and also talks about his childhood in New Jersey, recalls the first songs he learned on guitar, and admits that when he settled on the name “Titus Andronicus,” it was because the moniker “sounded like the person who decided to name the band that must have been pretty smart.”

Listen to the entire interview on the WTF website, download the episode here, or pick it up on iTunes. And be sure to read Stickles’ masterful review of the Replacements’ first show in 22 years, written exclusively for SPIN.