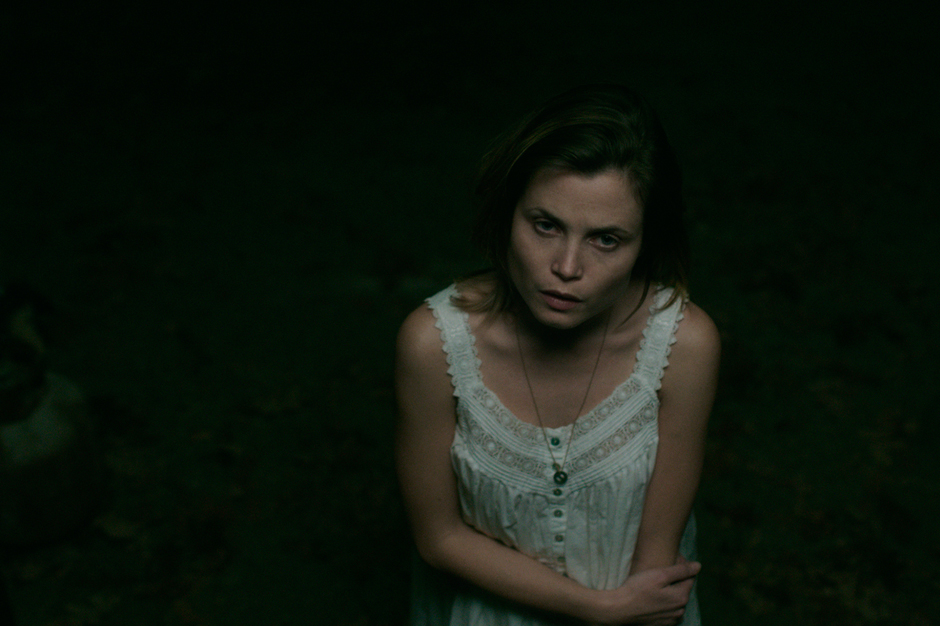 Norwegian music video director Mona Fastvold handily makes the jump to feature films with The Sleepwalker, a psychological thriller that probes the relationships of two estranged sisters, their partners, and the decrepit Massachusetts mansion in which the women were raised. An air of repressed childhood abuse hangs over the narrative and fuels the characters’ unravelling — the cold tone of Lars Von Trier’s Melancholia and the sylvan creep of Antichrist also color the movie (sans crushing ennui or brutal misogyny), while a spare-but-jarring score by Fastvold’s husband Sondre Lerche makes the sinister vibe visceral.

When we meet Kaia (Gitte Witt) and her boyfriend Andrew (Christopher Abbott), they’re busy renovating the impressive old home. She seems a bit damaged — physically manifested in a large burn scar on her left breast — but otherwise well-adjusted. He’s a construction worker by trade and rough around the edges — a history of minor violences is revealed in time — but treats her warmly and with palpable familiarity. But the film’s dreamy texture and the intermittent handheld camerawork ominously foreshadow the unexpected midnight arrival of Christine (Stephanie Ellis), who brings with her news that she’s pregnant and engaged.

She also drags the girls’ past back into the mansion and is clearly unstable. She reveals that she’s gone off her meds for the sake of the baby, while her actions broadcast an erratic/erotic turmoil bubbling up just beneath her surface. Kaia puts in a call to fiancée Ira (co-writer Brady Corbet, also of Melancholia) who comes to collect his runaway bride but winds up staying. His ivy-league attitude rumples blue-collar Andrew, while Christine’s increasingly strange behavior and zombie-fied sleepwalking dredge up the specter of the girls’ dead dad, and threaten to expose whatever’s behind those old walls and that nasty scar.

The Sleepwalker aims to get under the skin, and you’ll scratch at it all the way home.

Stephin Merritt, Will Sheff, and More Remember David Bowie on the Talkhouse