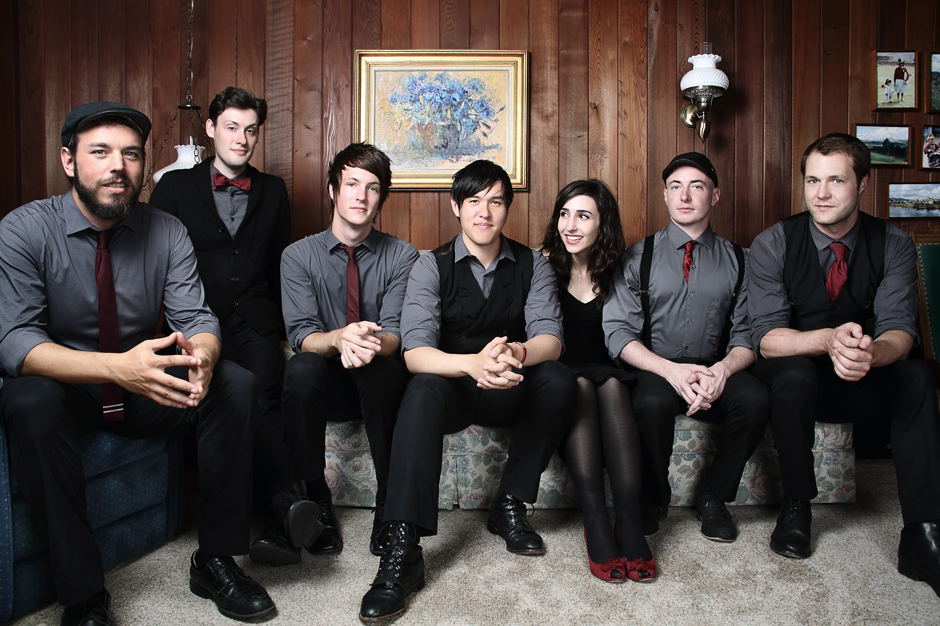 Last year, the Family Crest teased the “grand sounds” of their upcoming sophomore album with The Headwinds EP. Now, the orchestral rock collective — a core group of seven led by founding member Liam McCormick that features more than 400 “Extended Family” members — have locked down a release date for their second full-length. The Kickstarter-funded Beneath the Brine will see the light on February 25, by way of Portland record label Tender Loving Empire. First, though, comes “The World,” a masterfully arranged epic featured on the forthcoming LP. Stream it below.