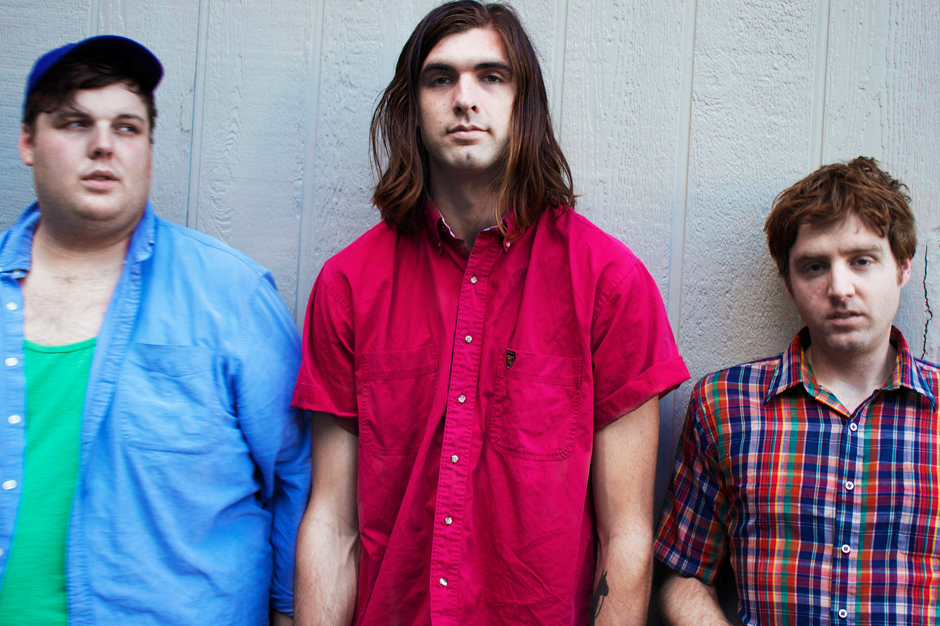 Shy Boys categorize themselves as a “landlocked surf outfit” — a self-deprecating description that suits the low-key trio, which formed when none of its members knew how to play their instruments. On January 21, the Kansas City, Missouri band — featuring brothers Colin and Kyle Rausch and Konnor Ervin — will release their self-titled debut album through High Dive Records.

“It’s the sound of us standing in a room together and playing, guitar plugged straight into the amp, single-tracked vocals, finishing lyrics on pizza boxes so we can track the next song,” Colin says. But why take his word for it? Scroll down to stream the unpolished gem that is “Bully Fight,” a song inspired by news coverage of real-life school bully Richard Gale, whose intimidation tactics were immortalized on YouTube. Find Shy Boys’ tour dates below the track.