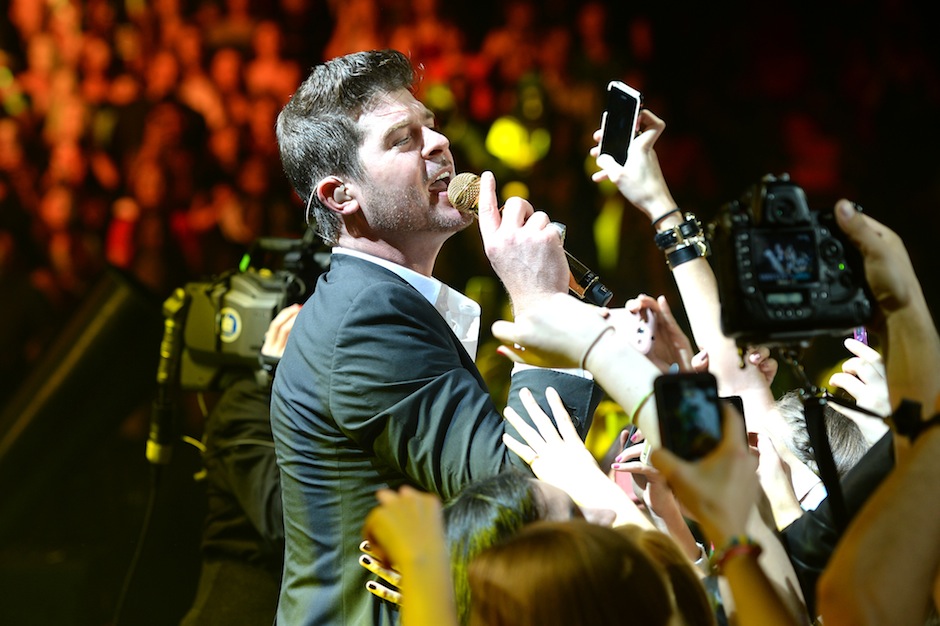 Robin Thicke has yet to resolve a copyright dispute over “Blurred Lines,” last year’s best-selling song and one of SPIN’s 50 Best Songs of 2013, but now there are fewer parties involved. According to court documents obtained by SPIN, the Marvin Gaye family has settled its claim against Sony/ATV, which owns song publisher EMI April. Terms of the deal weren’t disclosed.

Gaye’s family sued EMI April last year for allegedly failing to protect Gaye’s catalog. In August, Thicke preemptively sued the Gaye clan over the song. Thicke, with collaborators Pharrell and T.I., claimed the Gayes were threatening to sue them on allegations “Blurred Lines” is too similar to Gaye’s “Got to Give It Up.” Thicke’s lawsuit asked a judge to rule that he was in the clear. It’s all very messy.

EMI April administers both artists’ copyrights, so the settlement frees it from facing a potentially tangled court case. Sony isn’t completely off the hook, though. According to the Hollywood Reporter, Thicke’s legal team will probably want the company to explain why it determined “Blurres Lines” was different enough from the Gaye song — in front of a jury, if it comes to that. Hey, hey, hey, it never ends.