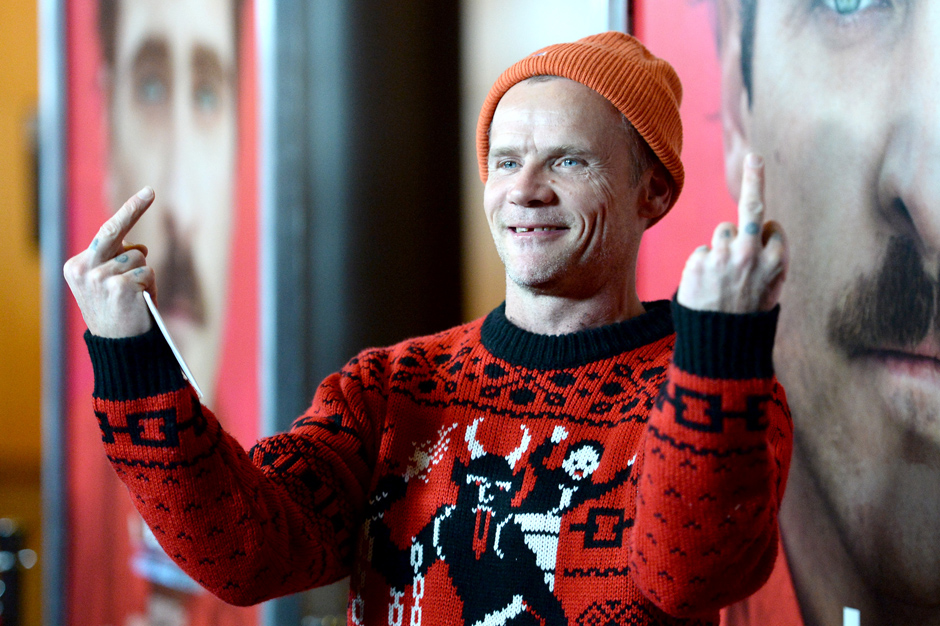 Certain members of the media had a field day with Chad Smith’s declaration that his Red Hot Chili Peppers would play “Led Zeppelin’s live version” of “Dazed and Confused” at the Super Bowl XLVIII Halftime Show on Sunday, February 2. The statement was obviously in jest (that’d take up the entire time slot), but the drummer has nonetheless clarified as much in an interview with Los Angeles rock radio station KROQ.

“People in the media are so gullible sometimes,” Smith said. “We will, however, be performing side one of Rush’s 2112. [That was a joke, again.] Obviously I can’t tell you what we’re going to do, it would ruin the surprise. Come on, you gotta watch. It’s gonna be great. Bruno Mars, we met them, his band are great people. Today I’m going to rehearse with them outside in the beautiful weather here in New Jersey, it’ll be a real spectacle, I’m looking forward to it.”

That’s cleared up once and for all, but there’s also a pitch-perfect (but super fake) Red Hot Chili Peppers spoof song going around dubbed “Abracadabralifornia,” streaming and free to download at RHCP2014.com. The site includes a bunch of Super Bowl imagery, a Dodge Durango logo, a shot of Bruno Mars, and other elements that make it first-glance passable. But then there’s the bridge: “She jammed my butt with a big stuck, and then preceded to be suckin’ my dick.”