Real Estate will return just in time for the spring. The New Jersey-bred indie rock outfit will release their long-teased third album, Atlas, on March 4 via Domino. Spanning a total of 10 tracks, the upcoming LP follows 2011’s sublime Days, and, according to an official announcement, it’s the group’s “most collaborative and richly detailed album to date.”

Real Estate have also released the record’s first single and music video, “Talking Backwards.” The clip, filmed by Charles Poekel, is a hazy montage of footage recorded in a studio and on the road. The song, meanwhile, is a subtle refinement of what Real Estate does best: It’s a wistful, sun-streaked jangler that finds Courtney lamenting a hopeless miscommunication. “The only thing that really matters,” he sings, “Is the one thing I can’t seem to do.” Watch the video above.

Below you’ll find the cover art for Atlas, which captures a portion of New Jersey’s iconic Alexander’s Mural, created by artist Stefan Knapp. Scroll down further for the album’s track list and Real Estate’s upcoming tour dates. Pre-orders of Atlas are currently offered through iTunes and the Dom Mart, where it’s available on limited edition vinyl with a bonus 7-inch featuring two extra songs: “The Chancellor” and “Recreation.” 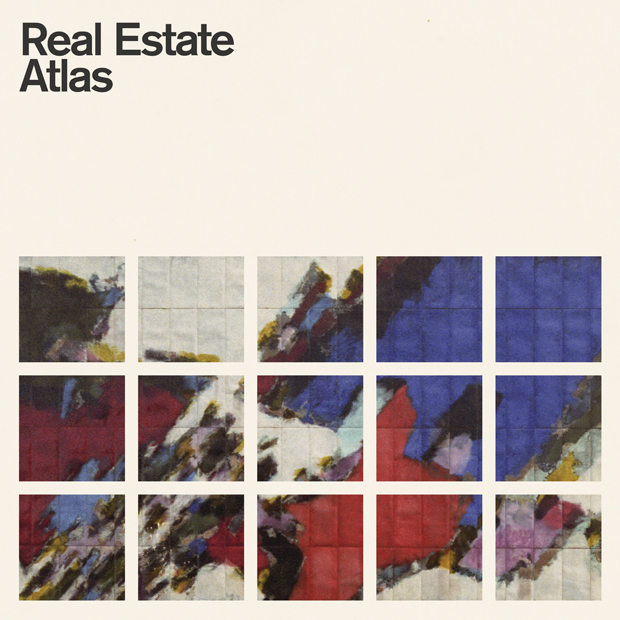