Quilt’s ‘Held in Splendor’ Is a Frayed, Captivating Psych-Pop Odyssey

American folk music is often held as sacred, bound by hallowed traditions both acoustic and spiritual. So it seems almost too easy to name your ragtag 21st-century-folk band Quilt, but it’s difficult to describe this Boston-bred trio any other way, their cloth cut from equal parts the Byrds, Mazzy Star, and the Mamas and the Papas, though the stitches threading their sophomore record together are far from linear. Alternating psych-pop textures, radiant Eastern rhythms, and acoustic licks, Held in Splendor defies what we typically talk about when we talk about “folk” music.

Given the varied musical backgrounds here — Anna Fox Rochinski grew up singing in a classical choir, while fellow multi-instrumentalist Shane Butler’s spiritual upbringing apparently involved lots of chanting — the record’s 13 tracks weather mystic terrains, musically and otherwise. Tight lyricism especially resonates here; Quilt are intent on exploring how the foreign entwines with the familiar. “Talking Trains” stands out with a plucky urgency and Fox’s wind-swept croons, making the record’s most blatantly stripped-down tune more bombastic than its simple chords initially suggest; the delicate strums of “Eye of the Pearl” grapple with something much heavier, as Butler sings, “You keep changing all of my meaning / You’re bringing me back and forth.”

But Held in Splendor primarily concerns itself with captivation. The warping, kaleidoscopic guitars and Fleetwood Mac-esque harmonizing on “Saturday Bride” convey a genuine vivacity — perhaps reflecting how the songs were recorded right as winter turned to spring at Mexican Summer’s offices in Brooklyn. The trio is at its best during such tight, focused jams as “Mary Mountain” — warm like the sun on your back — or the rollicking “A Mirror,” which conjures fantasies of that one road trip you’ve always wanted to embark on, but never have.

Cello, steel guitars, saxophone, and violins casually dot the mix here, causing the record to reverberate with an irreverent sort of, well, patchiness. And while the drone-steeped “The World Is Flat” furthers the band’s known affinity for kaleidoscopic psychedelia, the Indian classical elements of “Arctic Shark” suggest a whole new dimension. Rough in all the right places but pleasurably smooth in others, Held in Splendor is less like the kitschy t-shirt quilt you made to remember your high school clubs and teams, and more like the perfect old blankets your grandmother used to sew: oversized, musty, and familiar even when you haven’t worn them in years. 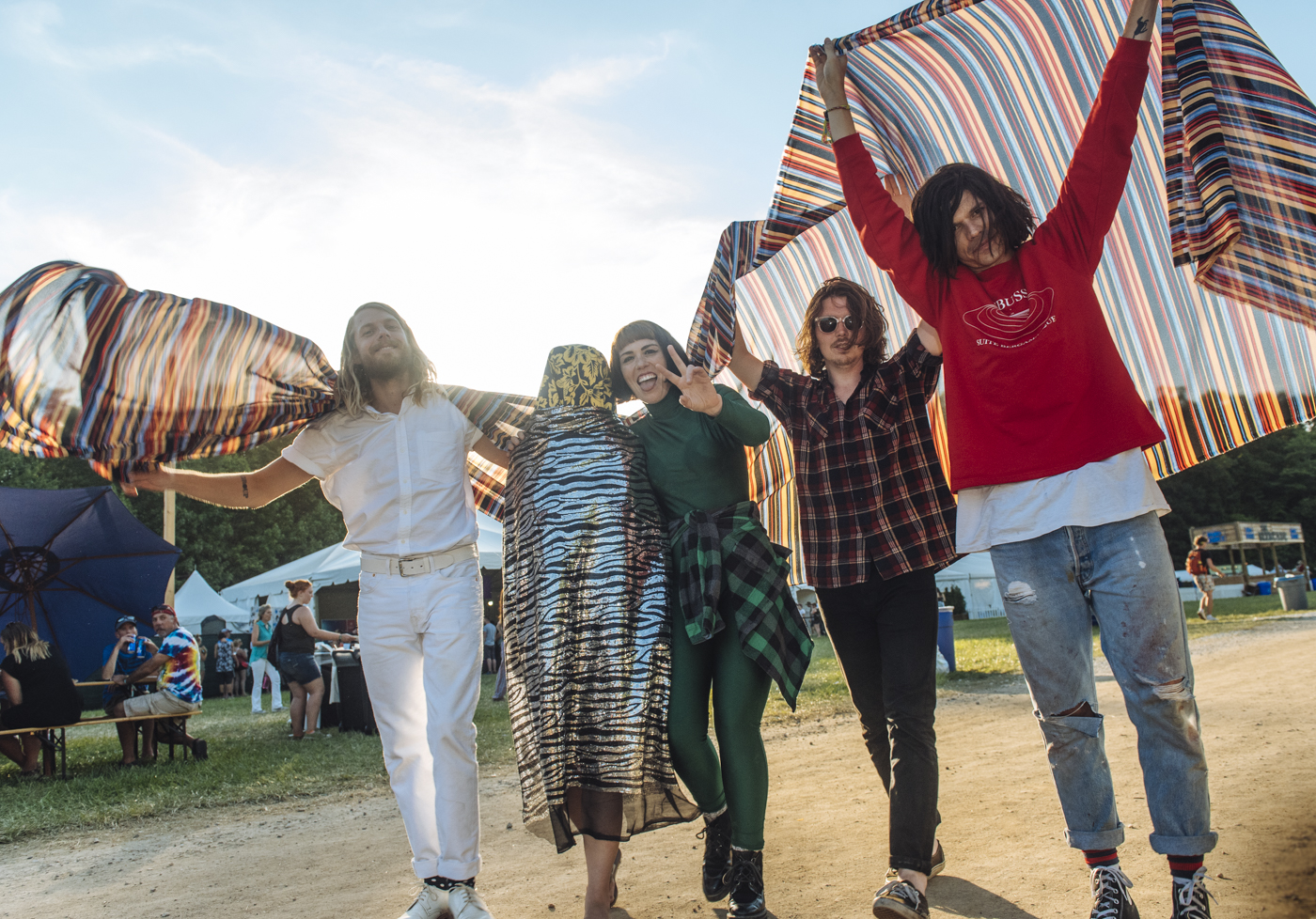